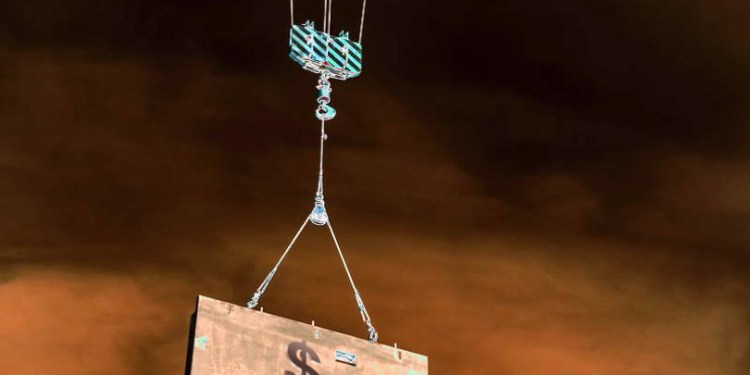 Federal Trade Commissioner Rohit Chopra, who is tasked with reining in the sprawling reach of the tech industry, says the time is now for the Federal Reserve to take action by revamping critical infrastructure before it gets hijacked. According to Chopra, the US is falling behind in the race to revamp payments — a race that is pitting a “megabank monopoly” against governments and central banks.

Up against tech giants, followed by a slew of fintech firms in Silicon Valley, the Fed is facing strong challengers trying to loosen its grip over the dollar, payment rails and how money flows.

The Fed was put on notice by an inconvenient messenger: Facebook CEO Mark Zuckerberg. Appearing before the Senate last month for a hearing on his digital asset project Libra, the tech billionaire informed lawmakers that just because the dollar is the world’s reserve currency today doesn’t mean the dollar can maintain its edge tomorrow.

“China is moving quickly to launch a similar idea in the coming months. We can’t sit here and assume that because America is today the leader that it will always get to be the leader if we don’t innovate.”

“It is the duty of the Board of Governors to prudently oversee and promote the flow our currency. The Federal Reserve must play a role as a public competitor to prevent a megabank monopoly over a core function of our financial system. As large private firms on Wall Street and Silicon Valley seek to leverage their market power through control of critical infrastructure, it is more important than ever for the Board to implement this proposal quickly.”

The U.S. is falling behind when it comes to our payment system. A megabank monopoly is lobbying to hijack this critical infrastructure. Here's my submission to the @FederalReserve on why the central bank should launch a public competitor. https://t.co/5qZyfok8eJ

Chopra says the Federal Reserve should not cede control of the plumbing of the country’s future payments system to Wall Street but should address the demand for a new system.

“The demand for faster payments is high, given the pent-up frustration with high-cost bank accounts and the expectations created by the widespread adoption of other real-time technologies. In the high-speed digital economy, truly instantaneous funds exchanges and immediate funds access are becoming increasingly important.”

While Facebook may be in the crosshairs of regulators, it’s a sideshow and no amount of sensitivity about the social network’s malfeasance or outrage over its ambitions will change the narrative about the current system being to slow.

“Real-time transactions are standard practice in many advanced economies and America has fallen behind waiting for a bank-owned solution.”

In a nod to cryptocurrencies and blockchain-based platforms such as Libra, which can operate outside of the purview of the traditional banking system, Chopra says that the private sector’s lack of quick action is a carrot for competitors.

“The private sector’s lagging efforts to meet the demand for immediate funds transfers have opened the door to attempts to bypass our banking system altogether.”

But the advantage, he says, lies with the megabanks as fintechs hit a choke point.

“Financial technology startups that have tried to provide real-time payment services have been limited by their dependency on banks. Such services typically only work when both the sender and receiver have accounts at participating banks. Participants of the megabank-owned RTP System must maintain a pre-funded reserve or clearing account with a Federal Reserve Bank to support payment transfers. This requirement has limited participation in the private network to depository institutions. The high cost of upfront investment, complexity, and network effects further exclude all but the biggest Wall Street banks.”

You can check out the Commissioner’s full comments here.