Crypto Page-Turner Chronicles Trader Who Made Millions in Ethereum 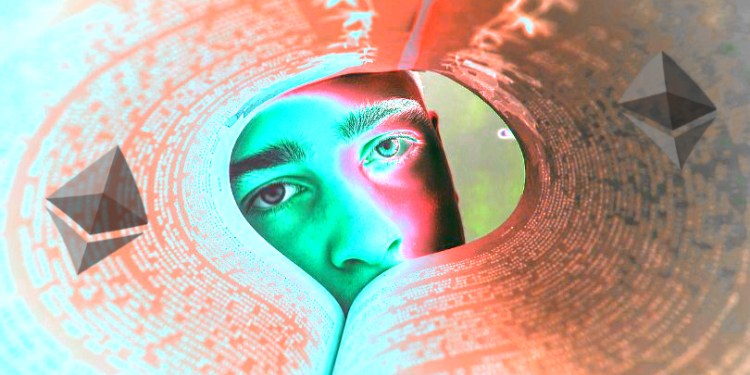 Dan Conway released “Confessions of a Crypto Millionaire: My Unlikely Escape from Corporate America” on September 9th. The memoir chronicles his days of misery in Silicon Valley to elation as an Ethereum investor during the cryptocurrency’s wild ride from $14 to over $1,000.

The father of three who professes he was failing in his career says he was given a choice: dump his life savings into Ethereum or disappear into the madness of the corporate ladder and a debilitating chain of command. In a summary of his new book, published on The Hustle, Conway sums up the wildest of rides trading cryptocurrency after he decided to bet away his family’s savings and his kids’ college money out of sheer desperation. The goal was to turn his $100,000 gamble into an escape hatch — for life.

“I was a 45-year-old middle manager at a major multi-media company in San Francisco. Though I earned a respectable $150k per year, I hated the fake company culture, the bureaucracy, and the endless chains of command.”

Conway’s LinkedIn page shows he worked at AT&T in San Francisco for six years where he managed communications, grassroots advocacy, corporate social responsibility and political strategy for California. The job sent him into the arms of a cryptocurrency exchange after he and his wife agreed that he’d risk their life savings and emergency funds on a new cryptocurrency called Ethereum which was trading for $14.

“I swiveled open the two gigantic doors, walked up to the counter, and explained to the teller that I needed to send a money wire to Gemini Trust Company, LLC., a cryptocurrency exchange based in New York City.”

He knew about Bitcoin but Ethereum seemed like the smart play.

“I’d heard about Bitcoin years earlier when I was preoccupied with climbing the corporate ladder. Back then, it seemed ludicrous to spend money — real currency that I could hold in my hands — on some digital token that existed on a public ledger in the cloud. To be frank, I thought it was complete bullshit.”

“Blockchain, the technology underlying Ethereum and other cryptocurrencies, promised to one day decentralize corporations. As TechCrunch wrote, it would offer the ‘stability of an organization but without the hierarchy.’ It seemed almost too good to be true, but a lot of smart, future-forward people were getting behind it.”

And the rest is history. Except for the extreme volatility after going all-in. Ethereum instantly tanked, decimating his original $100k investment to under $40k.

He doubled down, convinced Ethereum would take off, and borrowed money against his home.

Conway is now fielding at least one offer from a Hollywood producer to tell the story of his bank account’s epic rise to millions of dollars.

Conway cashed out before the market plunged.

For those who said the book should be a movie, maybe you were onto something. A legit Hollywood producer is in the process of making me an offer for the film/TV rights. This is true and also a shameless plug to get you to read the book: https://t.co/FVdFnwMzuS

Conway recently fielded blowback on the article from readers commenting that he’s nothing but an irresponsible risk-taker whose story has been told a thousand times by less fortunate gamblers who have shattered families, broken marriages and ruined children.

There is the story of former Australian journalist Derek Rose. He reportedly poured $70,000 in savings into cryptocurrency, setting off a rollercoaster.

“At the top of the market in mid-December, my account was worth over $US7 million [$AU9 million] and I had borrowed $US14 million [$AU18 million] to buy more cryptocurrencies.”

Rose was using leverage to tap into more resources to buy more crypto.

“I was paying thousands of dollars a day in interest, but for each $US1000 rise in bitcoin’s value, I was making about half a million dollars. And in those heady days, bitcoin was making $US1000 gains every other day.”

Instead of cashing in and pulling out of the market, Rose told a friend he had his eye on a few goals.

“I want to own a sports team though. And have a yacht.”

As for Conway, he says he had a lot of luck and great timing. He says he agrees that people shouldn’t invest unless they know what they’re buying and understand the risks involved.

“I do believe that government should play a role, and they are. All of the big exchanges in the US (that I’m aware of) follow the financial guidelines. But it’s still a volatile investment for sure. So buyer beware. My book shouldn’t be read as a how-to guide. But it’s my attempt to figure out how I did it. Ultimately it was a holy/unholy alliance between my enlightened side and the devil on my shoulder who wants/needs to go big. People should only invest what they can afford to lose.”