State-Run Banks in India (Not Bitcoin) Report Over $13 Billion in Fraud in Six Months: Report 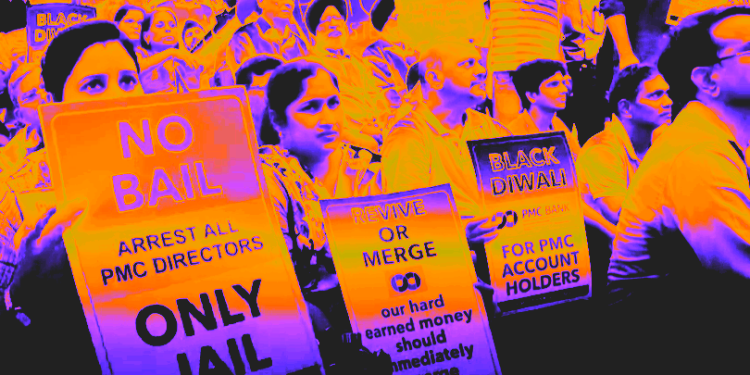 Systemic bank fraud in India has created a major challenge for the government as it aims to rectify schemes and scandals that have claimed customers’ entire life savings.

Following the bombshell of the $2-billion fraud at Punjab National Bank that was uncovered last year, India’s banking system has fallen further into the deep end. The country’s finance minister announced on Tuesday that state-run banks reported fraud worth $13.3 billion (958 billion rupees) from April through September of this year.

Bitcoin and blockchain advocates point out the advantages of using a system based on immutable and transparent ledgers that cannot be altered to prevent bank officials from fleecing customers.

“The big-B Blockchain paradigm is not about increased technical security for banks whose risk exposure is poorly managed by their senior officials. It is about assuming that anyone who can take advantage of a poorly designed system will do so, and therefore the system must always be able to withstand such attacks.

It is about moving away from trusted intermediaries, introductions, and assumed trustworthiness towards the automatic and market enforcement of transparent rules regardless of who you are and whom you know.”

According to the complaint against PMC, the fake accounts were not registered on the bank’s network, reports Reuters.

“The actual financial position of the bank was camouflaged, & the bank deceptively reflected a rosy picture of its financial parameters.”

India’s Minister of Finance Nirmala Sitharaman says state banks are now reporting 5,743 cases of fraud over the six-month period with the majority of the losses sustained over the last several years. One thousand relatively new cases generated losses worth $348 million (25 billion rupees).

“Government has taken comprehensive measures to curb the incidence of fraud in banks.”

The Indian Parliament passed the Fugitive Economic Offenders bill last year in order to seize property of an increasing number of offenders fleeing the country to evade the legal system.