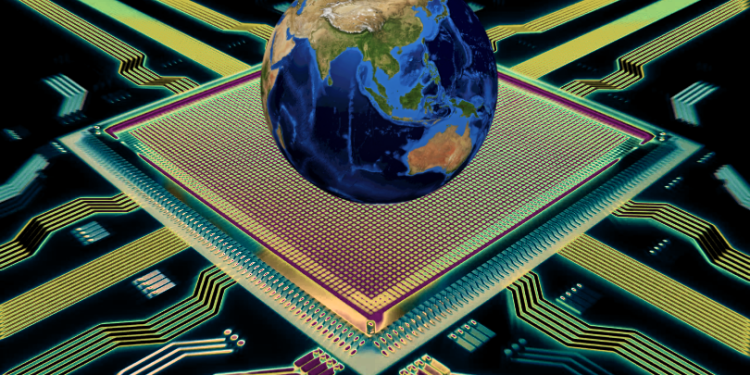 The Indian government has announced plans for a new national framework supporting the development and integration of blockchain technology. The National Level Blockchain Framework maps out how blockchain, widely known as the technology that underpins Bitcoin and other cryptocurrencies, can be used in a variety of applications across several industries.

India’s support follows similar pro-blockchain remarks made last month by China’s President Xi Jinping who is pushing his country to become the world leader in the emerging industry.

According to a letter released on Wednesday by India’s Ministry of Electronics and Information Technology (MeitY), the government is emphasizing the need for shared infrastructure.

Writes Minister of State for Electronics and IT Sanjay Dhotre,

“(MeitY) has identified Blockchain Technology as one of the important research areas having application potential in different domains such as Governance, Banking & Finance, Cyber Security and so on. MeitY has supported a multi institutional project titled Distributed Centre of Excellence in Blockchain Technology with C-DAC, IDRBT and VJTI as executing agencies.”

“Considering the potential of Blockchain Technology and the need for shared infrastructure for different use cases, an approach paper on National Level Blockchain Framework is being prepared, for scaling up and wider deployment of Blockchain based use cases.”

The government is currently piloting a blockchain system for property registration at Shamshabad District, Telangana State along with other initiatives for academic certificates, hotel registry management and vehicle certifications that can test the technology’s ability to reduce paperwork and expedite processes and related transactions.

While the Indian government is taking a clear position in favor of blockchain and its applications, Bitcoin and cryptocurrency users face the threat of jail time, under a proposal issued in June. The draft bill from the Economic Affairs Secretary Subhash Chandra Garg targets people who “mine, generate, hold, sell, transfer, dispose, issue or deal in cryptocurrencies directly or indirectly.”

India’s Minister of State for Finance has tried to clear up confusion on the state of crypto in the country. In addition to shuttering several exchanges, including Zebpay, once the largest trading platform for digital assets in India, the country’s central bank, the Reserve Bank of India (RBI), began prohibiting banks and financial institutions from engaging with clients and businesses offering crypto services back in April of 2018.

Despite an official pro-crypto stance, the recent purchase of WazirX, India’s leading digital asset platform, has sparked some hope that India will change its position. Last week the company was acquired by industry powerhouse Binance. Binance CEO Changpeng Zhao’s mission to make crypto available to India’s one billion people aligns with the ambitions of WazirX CEO Nischal Shetty who kicked off the #IndiaWantsCrypto campaign on Twitter last year.