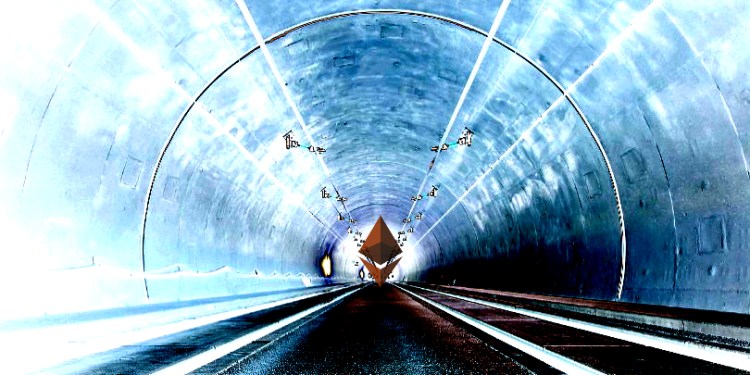 While the theft marks another big plunder in the crypto world, the firm’s management says it will cover the losses, worth an estimated $52 million, up from $49 million at the time of the theft.

We took immediate actions to protect your assets, and no investors’ assets were lost.”

Trading on the exchange is still permitted but all deposits and withdrawals are frozen for two weeks.

As the crypto community speculates on the likelihood of the Upbit hack being an inside job, blockchain analysts are tracking the stolen Ethereum, which is already on the move to new wallets. Since the Ethereum network is open and public, anyone is able to view the new addresses containing the digital assets. A quick search on Blockchain.info shows that the receiving wallet now has a balance of $9.12, at time of writing, following several smaller transfers.

The stolen ETH is split among four new addresses, according to Peckshield researcher Chiachih Wu, with the hacker apparently trying to cash out on an exchange.

The chief executive officer of leading crypto exchange Binance says he is working to make sure the hackers do not cash out through the popular trading platform.

We will work with Upbit and other industry players to ensure any hacked funds that may make their way to Binance are immediately frozen.

Meanwhile, a theory that the hack was an inside job designed to thwart Upbit’s tax obligations has sparked controversy.

“This makes total sense. The reasoning would go something like: “Sure, after announcing the ‘hack’, we might lose dozens or even hundreds of customers (maybe more!), but hey, we don’t have to pay taxes! Worth it.”

The hack coincides with this week’s passage of a bill by South Korea’s national policy committee to establish a new regulatory framework for cryptocurrencies.

Given the latest hack, however, security of consumers’ funds remains a critical challenge. According to local media outlet Yonhap News, Upbit has reported damages to police authorities and the Internet Agency (KISA), and a joint investigation is underway.

While a report by Korea Joongang Daily, prior to the hack, declared that cryptocurrency is one step closer to being legitimate in Korea, Yonhap News suggests rising concerns.

“We are sensitive to security issues arising ahead of the parliament’s passage of the special bill amendment, which is the first step in the enactment of regulations for cryptocurrency exchanges.”