by Michael Kuchar
in HodlX 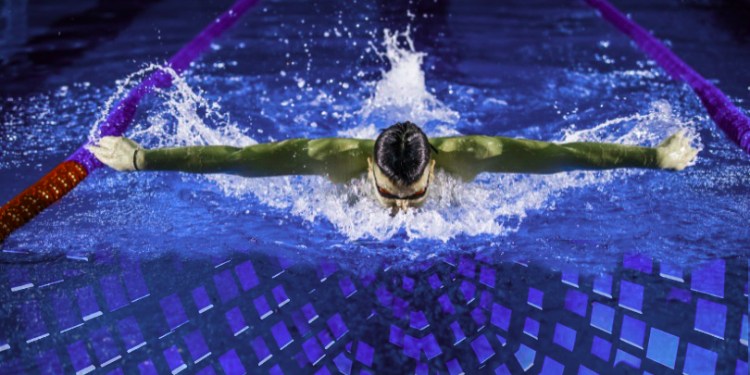 Long gone are the days of people lining up at a sporting arena to purchase tickets. Technology has taken us to new heights, and has helped sports grow along with it. Initially, the only way to tune into sports was via a radio. The introduction of the television in the late 1900s led to greater viewership, and the advent of the Internet led to viewership soaring sky high. You can now follow minute-by-minute action, book tickets online, and get the latest sporting highlights, all at the click of a button. Data analysis and collection has made sports fast-paced and performance driven.

The technology behind training for games and researching on opponents has gone up several notches. Suddenly, everyone seems to know everything about their opponents, yet the finest of details, tactics, and talent holds true, and puts a sporting individual, or a team, above the chasing pack. Blockchain technology has caught up with the sporting world and will raise the bar with respect to how fans interact with their favorite sports. It will also create new market opportunities, take care of any existing technical inefficiencies, and cater to a better fan experience as a whole.

Sports leagues, franchises, and athletes are no strangers when it comes to cryptocurrencies. Way back in 2014, the Sacramento Kings became the first professional sports franchise to accept Bitcoin as a transaction and payment method. Not to be left far behind, Georgia Tech too, began accepting Bitcoin as a payment and transaction entity in the same year. Marshawn Lynch, Seattle Seahawks’ running back, invested in a blockchain-based company in 2015.

His teammate, Richard Sherman, began accepting Bitcoin as an option to pay for his merchandise in 2014. The Miami Dolphins has now allowed their fans to buy tickets using Bitcoin and Litecoin for the 2019/20 season. Fifty percent of the proceeds will be donated to charity. Several football clubs, like Juventus, PSG, AS Roma, and Atletico Madrid offer token shares to their fans. La Liga has partnered with the Global Crypto Offering Exchange to enable Asian football fans to be closer to the Spanish game. And, according to an article, Real Madrid Basketball Team made an announcement in October about a three-year partnership with a cryptocurrency and CFD broker ETFinance.

The latest club to announce a fan-based token is Galatasaray, the only Turkish club to have won a major UEFA trophy. These tokens will allow fans to vote in polls delegated by the club. The club will also put up topics to vote, and each vote will count towards the plausible outcome of the topic in question. Expect several more partnerships and applications of cryptocurrencies in ticket sales and token offerings in years to come.

Sports Memorabilia constitutes no less than a multi-billion-dollar industry, and it needs technology to enhance its system. Unfortunately, it is difficult to prove authenticity, and as is the case with the facets of each walk of life, technology too has its boons and banes.

Technological advancements have made forgery a commonplace, and sports fans often end up spending tons of money on counterfeit sports memorabilia. While baseball cards will always be in fashion, tokenization has paved the way for a whole new collection of digital goodies, such as the likes available on MLB Champions and NBA Top Shot.

MLB Champions inspires true ownership of authentic baseball collectibles, and has spurred on Gen Z collectors and millennials all over the world. NBA Top Shot is an entirely different dish, and it aims at catering to an experience that will bring blockchain to the fore. NBA Top Shot will allow you to collect digital collectibles, which are built around real-life experiences (moments/moves) that happen in due course of an NBA season. Along with that, the app also provides for a variety of games, which enables a wholesome, fun, and authentic experience. You can participate in leagues and tournaments with your acquired moves, and compete with fellow competitors.

Each move is believed to come with a set of attributes, which will set it apart from the other. Blockchain technology ensures that these digital collectibles cannot be tampered with, and duplicated. Beyond the world of physical sports, blockchain technology has found its application in the world of gaming as well. F1 Delta Time is a blockchain-based racing game that offers tradable cars, components, and drivers. To put it into perspective, an Apex Race Car recently sold for $125 – Stellar indeed.

Conclusion on how the future of sports is going to change

Evolution is the inherent beauty of mankind and sports. With each passing year, technological advancements are putting athletes at better stead. New legends are born, and new fans are made. Athletes are getting stronger and faster, and records are being made and broken in the same vain.

Sports businesses and organizing entities need to keep up with this pace and adopt new technologies to provide their players and fans with the best in class facilities and features. Blockchain technology is set to play a huge part in the future of sports, and the future is now.