If Bitcoin Is Going to $100,000 – Where Are the New Buyers? Crypto Analyst Tackles BTC’s Big Conundrum 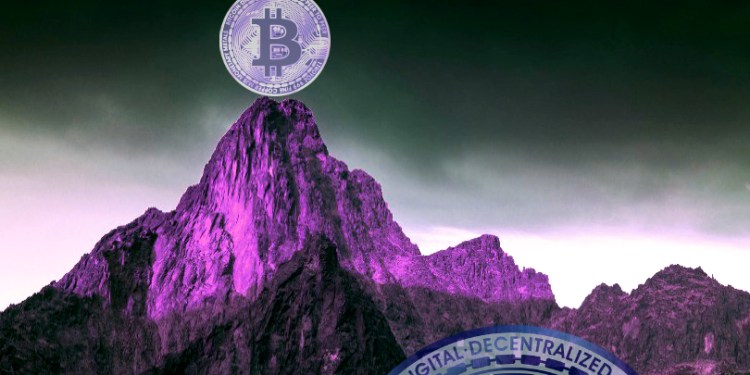 Data analysts and crypto influencers are split on how Bitcoin’s upcoming halving, which will slow the creation of new supply and cut the reward miners earn for creating new blocks in half, will affect Bitcoin’s price.

While he’s not calling for $100K tomorrow, he too believes that the halving event will set Bitcoin up for a big surge in the years to come.

“This is a very reasonable expectation… Some people would say, Nick, ‘How can you be so confident about that when this is public knowledge? If everyone’s anticipating it’s going to $100,000, then why aren’t people buying it?’

It’s a very fair question which I don’t think many people have done a good job of answering. So I’m going to do that now. There’s two reasons for this. The first one is that not everyone is in the cryptosphere. I think there’s something that’s very imperative for us to understand and that is that we can tend to be in a bubble sometimes when it comes to the crypto space.

We think because of how great Bitcoin is, and how much we talk about it, and how much we spend time on it, and you may even be invested in Bitcoin yourself or considering investing because you like it so much – well, we’re a small minority of people across the world. We’re a very small group, a global community that shares this same passion.

In fact, you’ll get a variety of statistics right now,  but I would say that the amount of people who actually hold Bitcoin on the world stage is somewhere around .3 or .5%. The people who’ve even used Bitcoin to some degree are at less than 1%, and that’s including not just Bitcoin but cryptocurrencies in general.”

Merten says the space has attracted people who understand the tech and dig data science models – proverbial geeks who like to explore concepts on a deeper level.

“That’s not a derogatory term. If you’re into this stuff, you’re on the cutting edge. You’re definitely studying these markets in a much deeper way than most people are.”

The small crypto-geek bubble, plus analysis of market dynamics, he says, make him confident that the upcoming halving will perform like the past halving events in 2016 and 2012, which led to Bitcoin’s subsequent and dramatic bull runs, followed by steep corrections.

He qualifies his prediction with a basic market principle: inflows and outflows.

“The price of an asset like Bitcoin tends to go up when there are more inflows than outflows. ‘Inflows’ is new money in, dollars buying Bitcoin, and ‘outflows’ are holders of Bitcoin selling their Bitcoin for dollars.”

Morgan Creek Digital co-founder and partner Jason Williams, however, disagrees. He says the crypto community is now well aware of the event. Without those new people rushing in, he predicts the price will remain flat.

Bitcoin halving in May 2020 won’t do anything to the price. It will be a non-event.

“Unpopular Opinion – When the bitcoin halving occurs, two things may happen: Some large percentage of miners will shut down and some will refuse to sell newly minted Bitcoins for less than 14,500 USD or more. Orange coin up.”

According to a Twitter poll conducted by crypto investment firm Grayscale, respondents are on the fence, with 44% either unsure or convinced that the halving is already priced in while 56% speculate that next year’s event is not yet priced into the market.