3 Reasons Why Bitcoin Might Be a Better Alternative to Gold

by Becka Maisuradze
in HodlX 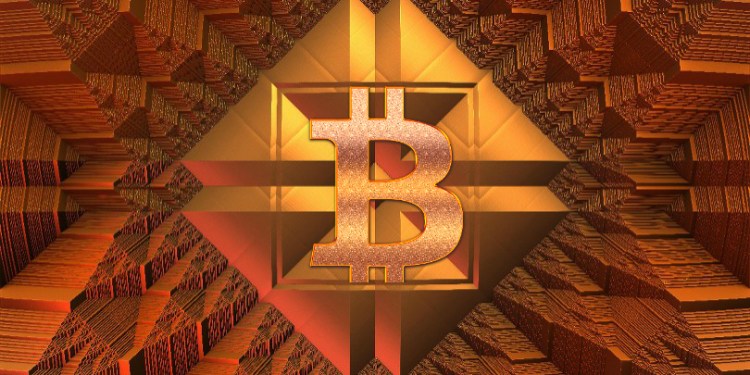 Gold has always been a very popular asset for many reasons. Given that this precious commodity is incredibly rare and has remarkable features like high conductivity, the global economy has looked up to it in times of crisis. In short, the world has considered it to be a “haven for capital”.

As technological progress brings along new opportunities, the financial world also benefits. The recent birth of digital currencies called cryptocurrencies has shown the world that the status quo is destined to be disrupted.

Apart from delivering some of the best features like security, instant transactions, and anonymity, which conventional payment rails using fiat money lack, cryptocurrencies are challenging even the most well-established assets the world has ever known – including gold. And while some “gold purists” would discard this idea right away, there might, in fact, be considerable advantages that Bitcoin and other cryptocurrencies have over gold.

A haven in times of crisis

First, let’s see how gold made its name as the most sought-after commodity. When crisis strikes – be it war, financial recession, or political turbulence – a government’s decisions, promises, and orders can be instantly rendered ineffective, as if they don’t exist.

What this means is that fiat money is also rendered unusable or very unreasonable to use. As the name implies, it depends on a government’s fiats – political orders that stamp their value, M2/M3 supply, and other major characteristics. And as the crisis takes the upper hand, conventional money circulates less in the economy.

In such cases, people have found gold to be the most effective solution since this precious metal seems never to lose its value too drastically. If anything, its value has been constantly rising, making the world economy became more and more dependent on it, with government reserves stored in gold.

The same is true for private enterprises and individuals as well. Many gold buyers invest in this metal due to their belief that it can hold value much longer than paper money. And in the long run, that’s what matters most, right?

All these issues lead people and governments to opt for gold.

And while people invest in gold for value stability, its rising price creates another use for this commodity, making it a lucrative investment.

Gold has long been one of the most popular investment assets for many traders around the world. Financial institutions, including brokers, provide gold and other commodities in their trade offerings, as you can see in this GMO trading review. They have realized that their organizations and customers can make huge profits out of gold trading.

However, as we mentioned earlier, things might not be as simple as they seem. With digital currencies barging in, we might be experiencing the beginning of a new era that disrupts the existing status quo in financial assets.

So, how exactly can Bitcoin and other cryptocurrencies overtake gold and become the most trusted assets for everyone? Let’s take a look at three of the most prevalent use cases.

1. You can’t outrun your enemies with a bag full of gold

This one is probably the most superficial drawback of gold as it is associated with its physical dimensions. First things first: gold is a physical asset. This means that when the chips are down, it can be subject to various threats – theft, looting, destruction, even melting.

Besides, it’s one of the heaviest metals on Earth, which means if the owner has to run from something, tens and even hundreds of kilos of gold is probably not going to help them outrun their enemies – whoever that might be. And while this is an extreme case of what might come in the future, the very first reason people buy gold is due to extremes – so that in the case of a crisis, it holds a long-term value.

With Bitcoin, on the other hand, this issue doesn’t even arise. There are no actual coins or paper cash that carry the name of Bitcoin or any other cryptocurrency. That’s the thing: cryptocurrencies are called digital currencies because they don’t have a physical form. So, wherever you go, it’s as heavy as the smartphone in your pocket.

Yet another physical drawback of precious metals, and not just gold, is the fact that it’s easy to fake them. Any metal that looks like gold, silver, or platinum, and is somewhere close in the overall weight, can easily be sold as a precious metal.

Not only that, actual gold can be diluted and then sold for the same price. And while thorough inspection can detect counterfeit metals, there are cases when people just want to buy gold as fast as possible.

And here, cryptocurrencies prove their superiority once again. Since they’re embedded into one of the safest digital platforms in the world, blockchain, it’s incredibly difficult to change the transaction details at any level or form. We’re not even mentioning the fact that no one can fake cryptocurrencies themselves since the whole system has to grant access to every single transaction. And if something is suspicious enough, the process will be terminated.

3. Bitcoin’s price is on the upswing

As noted above, many people buy gold as a means of investment. And while all of them expect its price to rise from time to time, the biggest surge in price it has seen is somewhere around $200 – and that’s only when global politics is undergoing serious turbulence.

Enter Bitcoin with its frenzy price volatility. We all remember the year 2017 when the cryptocurrency soared to its record-breaking $20K exchange rate. This level of volatility is extremely beneficial to investors and other financial speculators.

Now, despite Bitcoin’s price not having its best time right now, things are going to change very soon. Here’s the deal: every year, the issuance of the digital currency cuts in half. What this means is that next year the new supply of Bitcoin will be cut in half. On the other hand, the gold supply has been constant for many years, and it’s not expected to change any time soon.

What this means is that gold will remain at its current price point while Bitcoin looks like it’s on track to reach astronomical numbers. Therefore, even regarding investment, Bitcoin may prove to be the better option.