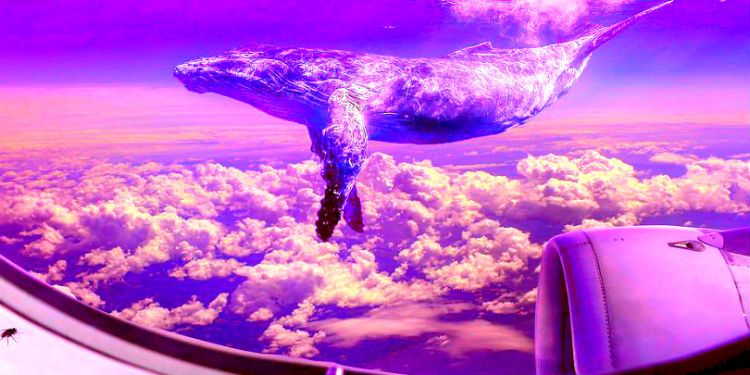 From a big gamble on Bitcoin to new progress on an XRP-based banking app, here’s a look at some of the stories breaking in the world of crypto.

Crypto traders are tracking a massive bet on Bitcoin from one of the biggest crypto whales on BitMEX.

The trader, who goes by the name J0E007, has built a massive long on BTC.

With the market in deep red on Wednesday, the trader remained undeterred, adding 4,000 BTC to his position. As the leading crypto approached a low of about $6,545, his position on paper was underwater by nearly $25 million.

Despite the heavy losses, the trader’s position was not liquidated, indicating he has enough cash in the account to keep it from closing out. And just a day later, the whale’s losses have dropped to about $11 million, with the price of BTC back above $7,000.

Fellow crypto traders are seeing the whale’s gamble as a sign that Bitcoin bulls can wrestle momentum from the bears.

It certainly appears there’s a method to the madness. So far this month, the trader has more than $14 million in realized profits.

To be fair those are unrealized losses. Have you seen his realized profit? pic.twitter.com/9rLSw6mtaw

One of the first crypto exchanges to launch in the UK is delisting Ethereum and Bitcoin Cash.

London-based Coinfloor says the move is part of a plan to focus solely on Bitcoin.

“The decision will allow Coinfloor to provide a richer set of services for the world’s leading cryptocurrency while maintaining focus on simplicity. Over the short-term, the business’s aim is to strengthen its position as the UK’s number one Bitcoin exchange.

During 2020 and onwards, we will expand our product offering to focus on our long-term vision of being the leading provider of financial services that facilitate the Bitcoin economy.”

The CEO of Ripple-backed XRPL Labs says the company is making progress on its XRP-based banking app.

Wietse Wind says XUMM is designed to give people a way to save and spend euros, dollars, XRP and other currencies without any help from a financial institution.

Wind recently revealed he’s planning to create a company that can ensure apps like XUMM are regulatory compliant across Europe.