Why Decentralized Exchanges Failed to Take Off in 2019

by Charles Phan
in HodlX 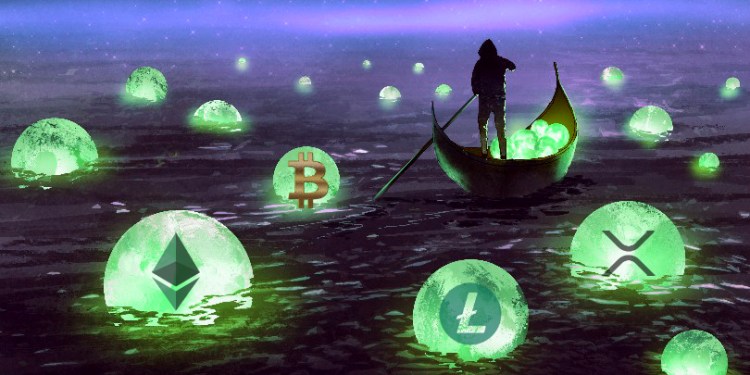 Decentralized exchanges (DEXs) were hotly anticipated by market commentators to gain considerable ground in 2019, but this hasn’t been observed in practice. DEXs are still minnows compared to their centralized counterparts because they have yet to develop advantages in terms of liquidity, access, leverage, and a smooth user experience.

While the aims and goals of decentralized exchanges are commendable, it’s still too early in the evolvement of the cryptocurrency ecosystem for DEXs to be a success. While some users may prefer DEXs for philosophical reasons, the vast majority of crypto traders are better served by centralized exchanges. Make no mistake, DEXs have great long-term prospects, but so far they have not lived up to their hype or name.

CryptoBridge, a ‘decentralized exchange’ that has ceased operating, serves as a great example of this. The DEX had seemingly slipped further and further away from the principle of decentralization. Months after introducing know your customer (KYC) requirements, the exchange shut down completely.

Uniswap, which is now one of the most popular DEX protocols, is one exception to the performance of DEXs and has been a notable success after it launched earlier this year. But the technology still has room to mature. While there are over 250 DEXs and more than 30 DEX protocols, volumes suggest that none will be able to usurp centralized exchanges anytime in the near future.

The frequent hacks and questionable practices of a handful of centralized exchanges have led some traders to demand more decentralized and secure alternatives. DEXs were set up to be non-KYC exchanges and do not even require an email address, as the identities used are from public key pairs. In theory, this means DEXs are non-custodial and can protect a user’s privacy.

When trading on a DEX, it is near impossible to barge in on a trade and steal the funds as there is no centralized server or component that can be targeted. In this sense, you deal directly with the seller or buyer, eliminate the middleman and their fees and maintain custody over your assets at all times.

DEXs Are ‘Decentralized’ by Name Only

DEXs claim to solve various problems that are in line with the ethos of cryptocurrency as we’ve outlined above. However, most of the time, the term ‘decentralized’ is misleading. DEXs come in various different forms, from non-custodial (IDEX) to permissioned (like Binance DEX) but neither can be termed as truly decentralized.

Usually, centralized and decentralized elements are combined together, as in the case of Ethereum’s 0x protocol and IDEX, which use on-chain settlement but they combine this with off-chain order books. This hybrid model is used by DEXs to avoid slow speeds associated with on-chain protocols.

‘Decentralizing’ has not solved the problem of manipulation in cryptocurrency markets either. According to an academic research paper published in April 2019, arbitrage bots took advantage of network latency and low fees to exploit DEX users (like how HFTs exploit retail traders). Front-running is a problem in many markets, but is amplified on a DEX since orders, bids, asks, and even trade cancellations are published to a public blockchain that anyone can see. There are some solutions for the problem of front-running, but nothing groundbreaking yet.

We often think of DEXs as being regulatory resistant. While a protocol cannot break the law, we can associate a protocol with a group of individuals – namely the lead developers. And if a DEX is involved in fraudulent activity, the authorities can still identify and arrest those associated with the DEX protocol. This is exactly what happened with EtherDelta in 2018. A true DEX would need multiple implementations and developer teams working on it simultaneously to avoid the fate of EtherDelta.

On this basis, DEXs haven failed to live up to the promises of decentralization. To thrive and become the premier venue for Bitcoin traders, there are some major barriers still to overcome.

Traders primarily care about liquidity. If they can’t get their trades filled, they will go to a platform that will match and fill their orders. Leverage and user experience are also important considerations.

Liquidity comes down to how easily you can enter and exit a trade, how much it costs and how many other people are trading at this venue. The number one concern for traders is liquidity.

For DEXs powered by Ethereum, the daily trading volume remained well below 0.3 million ETH for the past two years, except for a few marginal spikes here and there. The number of traders on Ethereum-based DEXs has also fallen substantially since mid-2018, down to 1,799 on December 8th.

BitMEX’s perpetual swap, which is the most popular Bitcoin derivative contract, does roughly $2 billion per day on average, which is just over 13.3 million ETH. While DEXs provide guarantees that you will be in control of your money, that doesn’t matter as much if a trader can only trade small sizes.

With leverage being an important factor for all traders, DEXs are at a major disadvantage in this regard due to the absence of leverage on their exchanges. Leverage is a key feature in traditional markets and the evolution of Bitcoin derivatives has successfully replicated this feature in cryptocurrency markets.

Traders want to trade things that they can make money on. In certain countries, the investment opportunities available to individuals are restricted and they may be priced out of the assets that they are allowed to trade.

Because of the legislative grey area that cryptocurrency falls into, trading Bitcoin represents a massive opportunity, no matter your wealth or where you live. Alongside leverage, crypto trading is often highly risky. It also comes with enormous potential rewards.

Unlike DEXs, the most successful exchanges all offer leverage. Some DEXs have started to offer leverage (e.g., dYdX), but it is relatively low. But the low liquidity combined with the complexity of using decentralized leverage products, means DEXs will be nowhere near as popular as leveraged instruments offered by centralized exchange for the foreseeable future.

As cryptocurrency enthusiasts may know, it can be cumbersome and complicated for newcomers. The user experience aspect of cryptocurrency has lots of room for improvement and DEXs are no different.

Most traders want to trade quickly and efficiently, and are less concerned about the technology underpinning an exchange, apart from knowing that they can rely on the platform, and so they can do this at any point 24 hours a day. DEXs, while offering sovereignty, also come with the responsibility of providing your own security. As a result, they inherit the elements of poor user experience found in cryptocurrencies which is a major factor in their low usage.

Trading on a DEX also offers fewer options to trading on a traditional exchange, and is ultimately a very different experience. There are no advanced trading orders, such as stop losses, trailing stops, and so on. Also, if a user encounters a problem, there is no dedicated customer support service to help them out.

Cryptocurrency traders have shown that they will pay a premium for a product that is more convenient for them, for example, the Bitcoin perpetual swap, which is slightly more expensive to trade than futures contracts, but has much higher volumes because it is more convenient.

DEXs are still an emerging concept, and as such their technology still needs development. While they aim to serve a specific purpose, they are not attractive to most cryptocurrency traders because they do not solve most of their demands. DEXs may be more desirable for some traders on philosophical or political grounds, but this still represents a very small subset of cryptocurrency users.

Centralized exchanges are doing a better job so far in providing what investors and traders really want. Trading on a centralized exchange shouldn’t put your security at risk, as you can ensure good security measures by using the cryptocurrency exchange rating resource CER.live.

DEXs may well become more dominant in the long term, but for now they lack the features which have made centralized exchanges popular such as liquidity, access to a range of cryptocurrency instruments, leverage, and a smooth user experience.

Charles Phan is the chief technology officer at Interdax, the all-in-one cryptocurrency exchange providing a safe, secure, and more efficient platform to the masses through innovative derivatives contracts. Oxford graduate and quant trader, Charles was partner in two hedge funds and worked at prop trading firms where he built ultra-low latency trading systems and quant strategies. At Interdax he coordinates the engineering efforts.