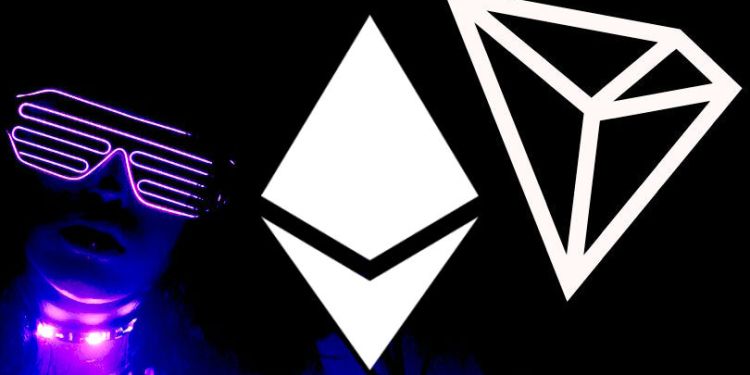 As 2019 came to a close, Wertheimer shared a video on Twitter from Tron founder Justin Sun, who was announcing a new partnership with Poloniex.

Wertheimer expressed his confidence Tron would surpass Ethereum in the battle for decentralized app supremacy.

“Watching Justin Sun discussing Tron+Poloniex. Tron is *so* going to flippen Ethereum in the next year or so, it’s not even funny. All of the DeFi bois don’t realize it yet, but they’re going to work for Just when he acquires ConsenSys.”

A few hours later, Wertheimer went into greater detail regarding why he thought Tron was more effective.

Some analysts and Twitter commentators, however, have speculated that Wertheimer was trolling Sun – claims that correlate with his Medium bio, which includes the word “troll” as a descriptor.

Whether he’s serious or not, Wertheimer has continues to discuss the subject.

I’ve been approached by some EOS whales, they want me to stop shilling Tron and shill EOS instead. I told them @justinsuntron is a hero, but they say EOS will flipen ETH first..

I’m not sure, but they’re offering to pay good money!

What do you think? Who will flippen ETH first?

No Tron tips on the podcast until @justinsuntron gives me the raise I deserve. If he keeps playing hard to get we might have to pivot to EOS

DappReview, a company that tracks the performance of blockchain-based decentralized applications, released a report in mid-December that concludes Ethereum remains the king of decentralized apps.

“Ethereum remains the most significant smart contract blockchain. It grew the daily user base of its dapp ecosystem 118% in 2019, with daily value up 166%.

Ethereum is also the only blockchain to-date to successfully grow dapps across the four main categories: DeFi, Exchanges, Games, and Gambling and High-Risk.”

As for Tron, the data tracker says the network’s decentralized app ecosystem grew significantly in the first six months of the year and declined across the second half of 2019. Overall, Tron’s user base grew 93%, but it “remains heavily concentrated in the Gambling and High-Risk categories.”