Five Layer-1 Blockchain Options for DeFi to Watch in 2020

by Jethro Jager
in HodlX 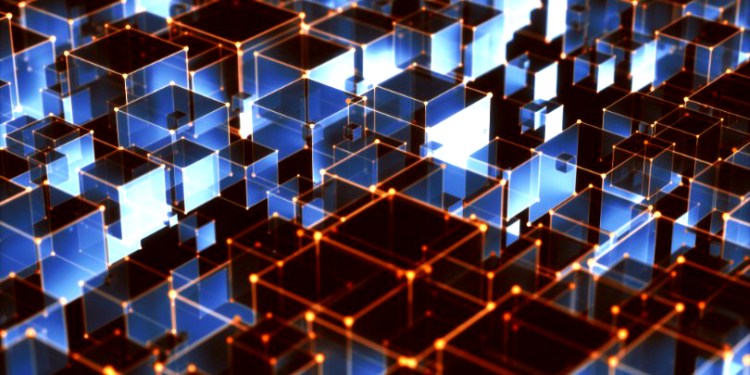 One of the killer applications for blockchain technology is decentralized finance (DeFi). The DeFi movement allows the democratization of functions that were traditionally reserved for large, centralized financial institutions, such as borrowing and lending, derivatives, margin trading, and insurance. Since DeFi platforms make use of smart contracts, they need a reliable blockchain to run on. In this article, I will take a look at some promising Layer 1 blockchains and how they can provide services to DeFi projects.

Being the most widely used smart contract platform, Ethereum is naturally the blockchain network with the highest number of active DeFi projects. Listing them all would go way beyond the scope of this article, but the website DeFi Pulse tracks some of the most well-known DeFi platforms, of which all, except the Lightning Network, are hosted on Ethereum.

Representing Ethereum’s DeFi ecosystem is, of course, MakerDAO, which uses collateralized debt positions to create the world’s first truly decentralized stablecoin, called DAI. Since the value of DAI is pegged to the US dollar and does not rely on the intransparent backing through USD reserves, many other DeFi projects use DAI as their primary payment and staking method.

Although having by far the largest user base, Ethereum suffers from poor scalability. This will change with the advent of the proof-of-stake Ethereum 2.0 blockchain, but ETH2 is still under development and will not have smart contract capability during the first release iterations. Since Ethereum 2.0 will not become an option in the near future, many DeFi projects that want to scale up towards mainstream adoption should consider an alternative.

Polkadot is a layer 1 blockchain project focused heavily on scalability. In a nutshell, their network runs a number of parachains that are secured by a central relay chain. The process of securing the rights to operate a parachain is in itself a DeFi function, as these rights are distributed through recurring auctions. The winners of the auctions are required to lock up their bid in DOT tokens for the duration of their lease.

While this does not consume DOT per se, it nevertheless creates opportunity costs for parachain operators. It is then up to the operators to get a return on these opportunity costs. This can, for example, be achieved by using the parachain’s transaction capacity exclusively to fuel proprietary projects, or by renting out transaction capacity to third-party projects in exchange for a fee.

Polkadot provides various bridges for blockchain intercommunication. Besides communication between parachains, these bridges can be used for communication with external chains, making the Polkadot interoperable with the already established blockchains. This makes Polkadot an excellent choice for DeFi projects that want to graduate from Ethereum towards a more scalable solution. The Polkadot ecosystem already features various DeFi projects, including ChainX, Akropolis, Laminar, and Digix. Despite being an ambitious project under active development, Polkadot has missed its target to launch the mainnet by late 2019. A concrete launch date has not been announced yet.

EOS is a fast enterprise-grade blockchain with zero transaction fees. This is made possible by using a semi-centralized delegated proof of stake consensus algorithm. Under this consensus model, EOS holders vote for block producers with the top 21 candidates getting the exclusive right to produce blocks and earn rewards.

Notable DeFi projects on EOS include the EOSREX lending platform and the EOSDT stablecoin, as well as several wallets, decentralized exchanges and infrastructure projects, such as oracle services. Additionally, some gambling DApps operate on the EOS blockchain.

While their semi-centralized approach allows for fast transactions without any fees, critics see EOS as somewhat of a loose cannon as their governance model relies heavily on the trustworthiness of the 21 block producers. Already, the block producers showed their ability to work together to freeze accounts suspected of theft only days after the EOS mainnet launch in 2018. While such arbitration processes are a feature of the EOS “constitution”, it is clearly a sign of centralized governance.

What aggravates the situation is the fact that the majority of block producers are located in China, which sparks the fear of governmental intervention. On top of that, Block.one, the development company behind EOS, holds so many EOS tokens that they could, theoretically, choose all of the block producers themselves.

Another problem comes in the form of vote sharing, where block producers may collude in order to improve each others’ ranking. This has pushed many of the smaller supporters down to the ranks of standby block producers who only earn miniscule rewards, or down to completely unpaid ranks. As a result, some of these candidates have banded together to reuse the EOSIO codebase in projects with an improved governance model, but none of these have gained significant traction as of now.

Tron is another blockchain based on a delegated proof-of-stake consensus. Unlike EOS, Tron does not rely on the messy politics of arbitral bodies that have the power to freeze accounts and undo transactions. Thus, Tron has largely avoided the problems EOS had, although Binance has the absolute majority over the network’s voting power, holding a vast amount of TRX tokens in custody. Instead of voting themselves to the undisputed frontrunner among all of Tron’s delegate candidates, Binance could theoretically abuse this power by splitting up the votes and appointing 25 of the 27 delegates. It is, however, unlikely that Binance would make this move, as this would blatantly go against the interest of their customers.

Being most well-known for its acquisition of BitTorrent, Tron positions itself as a platform servicing content creators with decentralized storage. The BTT token incentivizes BitTorrent users to actively contribute to the filesharing network. Just recently, the streaming platform DLive joined the Tron ecosystem in order to make use of BitTorrent for peer-to-peer video streaming. Additionally, Tron features a multitude of gaming and gambling DApps.

For core DeFi use cases, the Poloni Dex and TronTrade, as well as the Zethyr lending platform, are the most notable projects. Besides Tether, which already operates on Tron, among other blockchains, Loom, a major partner of MakerDAO, aims to create a multi-chain DeFi ecosystem, bringing the DAI stablecoin to Tron. For achieving an outstanding ecosystem growth throughout the last year, Tron won the 2019 Jinse Finance Award.

With their pure proof-of-stake consensus model, Algorand has found a healthy middle ground between transaction throughput and decentralization. What makes Algorand stand out are the technological features that were built into their layer 1 protocol by their recent 2.0 protocol upgrade. Standardized token models, atomic multi-party transfers, and smart contracts on layer 1 have the potential to make Algorand an attractive option for a wide array of DeFi projects.

Especially the latter two are attractive for decentralized exchanges, as they enable complex transactions without the need for external smart contracts. IDEX seeks to utilize these layer 1 features by building a next-generation decentralized exchange. Securitize, a platform for creating and issuing compliant digital securities, is one of Algorand’s leading DeFi partners. In collaboration, Algorand and Securitize will host the hybrid IPO for World Chess, in which World Chess will set roughly 5% of their equity as digital securities, which can be converted into stocks once World Chess completes the IPO and gets listed on the London Stock Exchange.

Another DeFi platform on the Algorand blockchain is AssetBlock, which seeks to democratize investment opportunities in the real estate market through tokenization. BitGo is a digital asset custodian providing staking services to ALGO holders, as well as multi-signature ALGO wallets. In contrast to many other custodial providers, BitGo holds the vast majority of funds in cold storage and has a $100-million insurance against hacks and the loss of private keys.

DeFi will be one of the hottest topics in the blockchain industry in 2020; however, there is still a lack of scalable smart contract platforms. While Ethereum is the undisputed leader with its DeFi ecosystem, their proof-of-work blockchain has severe transaction limitations and it could take a long time until Ethereum 2.0 becomes a viable solution.

Polkadot looks like it might become a serious contender, but it will also take several months until their mainnet is ready to launch. EOS and TRON, with their delegated proof-of-stake networks, have achieved a high-transaction throughput at the expense of centralization. This may act as a deterrent for DeFi projects and their eventual users.

Although the basic services for DeFi (decentralized exchanges, wallets, and custodians) are all present, Algorand does not have an extensive DeFi ecosystem yet. With their impressive layer 1 features, they may, however, become an attractive option for DeFi projects that seek to migrate to a more scalable smart contract platform.