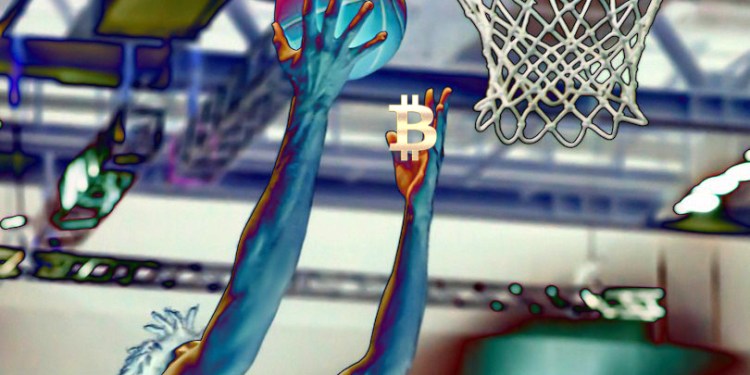 The National Basketball Association is going toe-to-toe with Bitcoin enthusiast Spencer Dinwiddie. The California native and Brooklyn Nets guard began negotiating with the NBA last year when he decided to use his $34.36-million three-year contract as collateral to back a digital token designed as an investment vehicle.

Dinwiddie says his new Ethereum-based tokens allow fans and investors to buy tokenized shares of his three-year contract. The NBA has said that the investment idea violates their agreement.

After reportedly making several changes to the structure of the investment bond, Dinwiddie confirms that today is launch day for his token platform.

Meanwhile, the NBA is apparently looking closely at the revisions.

“Spencer Dinwiddie’s advisers provided us with new information regarding a modified version of their digital token idea, which we are reviewing to determine whether the updated idea is permissible under league rules.”

According to The Athletic, those modifications include the removal of the NBA’s likeness and the tokens will no longer be tied to his 2021-22 NBA player option.

In the run-up to the NBA All-Star 2020 in Chicago on February 16, Dinwiddie released a video announcement where the Bitcoin enthusiast pledges BTC to his team members and perks for his token holders.

“January 13th not only marks the release of the bond but also one last week of all-star voting. Now when speaking about an all-star nomination for somebody like me, I view it as a team award full of team success. So that’s why, if I’m voted into the all-star game, and my bond is fulfilled, I’m going to be giving all of my teammates Bitcoin.

Not only that, I’m also going to take eight fans with me to the all-star game – part of the Dinwiddie experience for token holders.”

Since Dinwiddie’s token launch has not yet been approved by the NBA, he’s preparing for any potential disciplinary action, reports The Athletic.