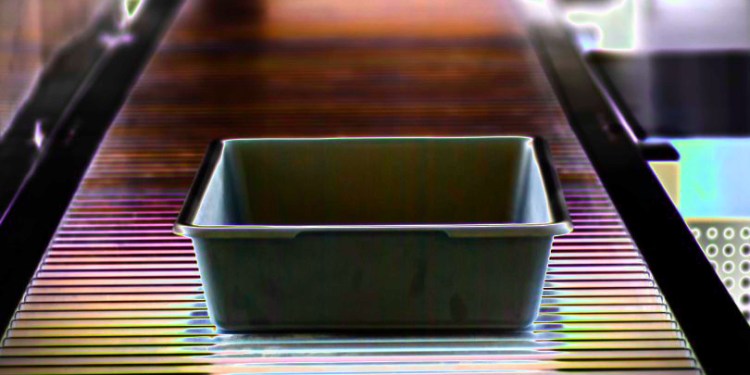 Rebecca Brown watched her father’s entire life savings, accumulated over 79 years, get whisked away by a Drug Enforcement Administration agent in late August at Pittsburgh International Airport. Her story is firing up the Bitcoin and crypto community because Brown is alleging that the confiscation of $82,373 in cash was pure overreach.

Since Bitcoin and cryptocurrencies are cryptographically secured digital instruments that can be seamlessly transported across state lines and international borders, they reduce the risk of physical seizure, unlike US currency, foreign currency, traveler’s checks, personal checks, bank checks and money orders.

According to a lawsuit, Brown was returning to her home in Massachusetts after a visit with her father, Terry Rolin, who was hoping she would open up a joint bank account. At his age, the retired railroad engineer was worried about keeping track of so much cash at home.

The Washington Post reports that while his parents had lived through the Great Depression and had navigated the collapse of the banking system by keeping cash around the house, Rolin had grown tired of the practice. When he moved out of his old house into a new, smaller apartment, he decided he wanted a bank account.

That’s when he asked his daughter Rebecca to intervene. She took his plastic container stuffed with bills and planned to deposit the funds in a new account before catching her flight back home. But when her plans changed and she had no time to open the account, she had to travel on a domestic flight with the cash.

Brown reportedly checked online to verify that she wasn’t running afoul of the law by tucking the money into her carry-on luggage. A government website confirmed that it’s legal to transport any amount of cash on a domestic flight. But when the cash was detected during a security check, she was detained and then questioned.

Under civil forfeiture, law enforcement is permitted to seize cash and property if they believe the assets are ill-gotten or linked to illicit activity.

In Brown’s case, she failed to satisfy the DEA when her responses did not line up with the remarks they obtained from her father, whom the agent called to corroborate her story. At 79 and suffering from mental decline, Rolin was unable, according to Brown, to offer critical details about the money.

Brown says that when the stories didn’t match, the agent told her,

Brown alleges that after the Transportation Security Agency questioned her about the money, they withheld her luggage, notified a Pennsylvania state trooper, and also photocopied her ID and travel documents.

Brown’s story is not unique. A government watchdog report released in 2017 found that from 2007 to 2017, the DEA seized more than $4 billion in cash from people suspected of drug activity, with only $800,000 leading to criminal charges or convictions. A note on civil forfeiture by the Harvard Law Review concludes,

“In short, civil forfeiture heavily incentivizes federal and state agencies to participate in a system that has become dangerously entangled with criminal law, implicating a number of constitutional concerns.”

“I get they are trying to quash drug distribution, but this is a blatant overreach. This is a working person, a taxpaying citizen of the United States trying to take care of her elderly parent, and they took the money.”

On January 15, lawyers from the Institute for Justice, a nonprofit legal group in Washington, D.C., filed the father and daughter’s class-action lawsuit in U.S. District Court in Pittsburgh against the TSA and DEA.

The DEA reportedly informed Brown in October that it planned to permanently seize the cash, citing its authority to combat crime.