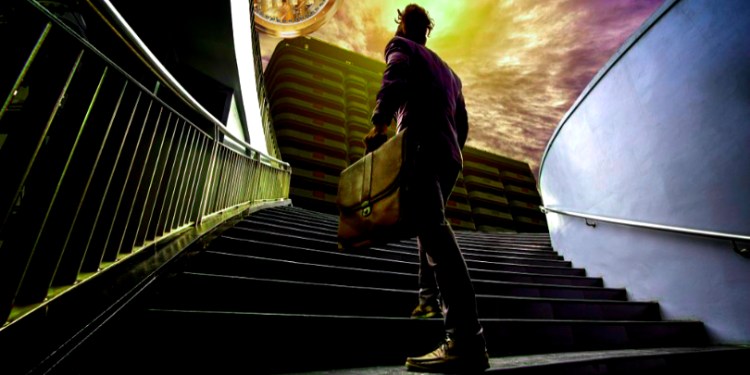 Zug-based Bitcoin Suisse CEO Arthur Vayloyan is sharing his 2020 outlook for the crypto market, weighing in on the upcoming Bitcoin halving event and Facebook’s Libra project, which set up its membership association in Geneva, Switzerland to oversee the digital currency’s developments.

Vayloyan, who founded the Swiss-regulated, crypto financial service provider Bitcoin Suisse in 2013, tells CNNMoney he has a positive overview of the market, emphasizing developments that are happening behind the scenes.

“This year I’m actually very positive because we have seen so much development and research going on in the last year. People sometimes think when they don’t see stellar price increases etc., that nothing happens. But so many things happen, and we’re going to see them also this year emerging. And with that, interest and network expansion will just continue and probably that has an impact on positive price evolution…

2020 is one of those years where this halving takes place, roughly mid of May. And when you look back and take history a little bit as a prediction, or at least an idea of what could happen, it so happened that price movements were actually quite positive in those years, or in the year that followed…

The interesting thing in Bitcoin is that everything is actually algorithmically planned. Up until the year 2140, you know exactly what’s happening. Nonetheless, I would say, crypto markets are generally up for interesting evolutions because the network is expanding, and you don’t really know what that actually means on the price. So it will be interesting. But I will say, the general rule is, it will go up…

I think, if you haven’t looked at Bitcoin and cryptocurrency in general, the best advice I can give you is have a look at it. You might be interested to invest a little bit…

Crypto assets in general are here to say. Why I’m so sure about this is because when you look at the last 10 years and you take it forward, we have seen a major change in the participants. Before it was the interested technical people with a high affinity to something new. But more and more, we see now institutionals coming in, be it the banks, be it the central banks even, and they look at the opportunity – the technical opportunity – that stands behind the crypto technology. And as such, the market participants are broadening, and I can only say with that, this will remain and stay and be further developed…

I think after 10 years it’s fair to say it’s reached a fair level of maturity. And maybe the best gauge I can give is looking at the institutional, those who have assets from their clients, so they have an extra fiduciary responsibility to look at it, and they come in and look at it and do things.”

Vayloyan believes it may take a few more years before mass adoption takes root but says he’s extremely positive about crypto infrastructure and the readiness of the marketplace, which is ramping up rapidly, much faster than he anticipated. He describes a domino effect where more companies will build onramps and accept crypto payments, creating a tipping point.

In his view, the Bitcoin halving is likely to drive up the price of BTC but when you get a bit more technical, Ethereum’s latest developments will completely change the playing field of blockchain networks.

As for Libra, he is skeptical.

“I think when they launched it, it provoked so much anti-energy – let’s call it this way – that it’s almost hard to believe that they can take off the way they planned. But I was extremely excited when Libra came on the market space because I always say every boardroom in the world in the financial arena woke up when it came to cryptocurrencies. Because with Libra they knew, ‘Ok, we have to look at it.’ And that will automatically help the whole cryptosphere.”

He says stablecoins are poised to turn into a hot topic given China’s lead. While Swiss National Bank remains very cautious about a central bank digital currency, the first national stablecoins in the market could emerge this year.

Meanwhile, Vayloyan says Bitcoin Suisse is moving forward with its expansion plans as it keeps up with the high demand from its clients.

“We need more capital so we’re contemplating a round of capital increase… We have grown fast, very fast, adapted to the future as a bank and broker-dealer. Our operations are ready for that, but still – and that’s the more important element to it – we have so many clients asking for services. And you wouldn’t believe – the human touch, even in crypto asset business, is important.”