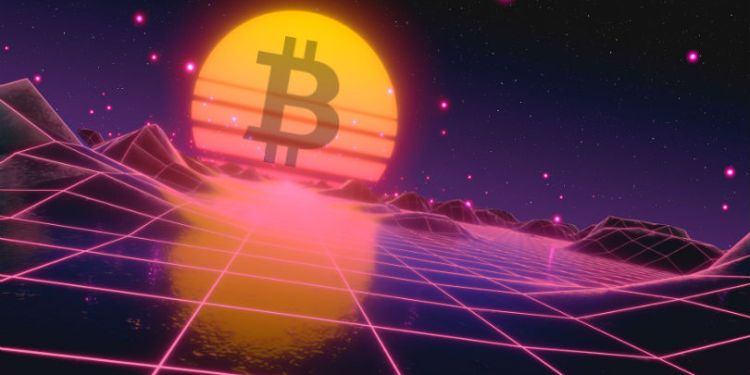 On a new episode of Datadash, Merten says he believes Bitcoin will hit $100,000 in its next cycle and will increasingly get exposure in the mainstream as it breaks through its previous all-time high of just over $20,000.

“My idea here is that Bitcoin, as well as other cryptocurrencies, have yet to go through their largest cycle yet. To really take this asset class from a kind of niche community where it is right now into the broad institutional world of retail, in this case retail meaning everyday people. How can we expect that in the next two to three years we’re going to see this happen?

It’s important to understand that there are a lot of misconceptions when it comes to observing Bitcoin. A lot of people look at Bitcoin’s price and they think there’s no way it can go higher than it is now. And that’s a very big misconception because you should never be focused on price. Now, if price is going up, that’s good. It means that you’re investment is going up. But the problem is that you have to look at something known as market capitalization.”

Merten says a comparison between the crypto markets and the dot com bubble offers a glimpse at how high Bitcoin’s market cap could go in the long run.

“From that cycle, we had a valuation of about $17 to $18 trillion at the peak of the dot com bubble. This is very important and significant to take into mind, because we’re talking about equities. And the important thing to note about equities is they are dwarfed by currency markets. And that’s what cryptocurrencies are. They are an emerging currency and speculative asset class. So you get all the great speculation of assets, like you did with tech stocks. But you also get the absolute size and scale of currency markets and storing value.

So it’s kind of a hybrid between three markets I’d say. You get the store of value aspect that we’ve seen in gold and silver, which is about a $7 or $8 trillion market today. You get the speculative room that we got in the dot com bubble and what we could see generally in equities, and you also get the fundamental ability to be seen in a currency in this case. It’s a win-win in every case for Bitcoin and how it’s perceived by the world and how it’s serving as this kind of native asset for world commerce, for world store of value, for a little bit of speculation and hedge against the fear in the world with everything being over inflated in value. So there’s all these benefits for Bitcoin.

But to take it into that market of scale here, we’re sitting at $160 billion [market cap]. We just talked, just as a comparison, to the peak of the dot com bubble around $17 to $18 trillion. You think we’ve got a ways to go? I think we do. Because if we were to reach those valuations, that would mean that Bitcoin is going to go through a 100x in valuations. It’s very simple math here. Even more than 100x valuation, because if we multiply $160 billion by 100, that’s going to put us at $16 trillion.”

Merten says he’s not expecting BTC to reach those valuations in this cycle. His target for the next bull run is a $2 trillion market cap.

“I’ve already told you guys my expectation is that we’re going to $100,000 in this cycle, which will mean that we’re likely going to go somewhere around $2 trillion give or take. And that’s not that crazy to ask for. To think that an emerging store of value, an emerging speculative play on the global scale and something that could be perceived as a hedge for a lot of people in currency markets in all kinds of different nations where it’s needed, that could be a very reasonable valuation.”

Merten warns that past performance is not indicative of future results and that anything can happen in the risky, volatile and nascent crypto markets. Traders could lose everything. He points to the fact that many traders bought at the top of the last bull run and remain in heavy losses, despite the fact that throughout Bitcoin’s 10+ year history, it has been a profitable buy 92.7% of the time.

“It shows you that if you get eager about Bitcoin in these periods where no one is talking about it, it’s very likely that if you wait patiently, history shows you can turn a profit. There’s no guarantee of future profits, but we’ll see if it happens again. I like to bet on history and I like to see these kind of parabolic run ups. There aren’t many asset classes that do this. The mathematics make it so Bitcoin can do this. And it’s a new, emerging asset, so there’s a lot of room to grow.”