Got Bitcoin? Gold Bug Peter Schiff Loses All of His BTC, Says There’s ‘Zero Chance’ He Forgot His Password 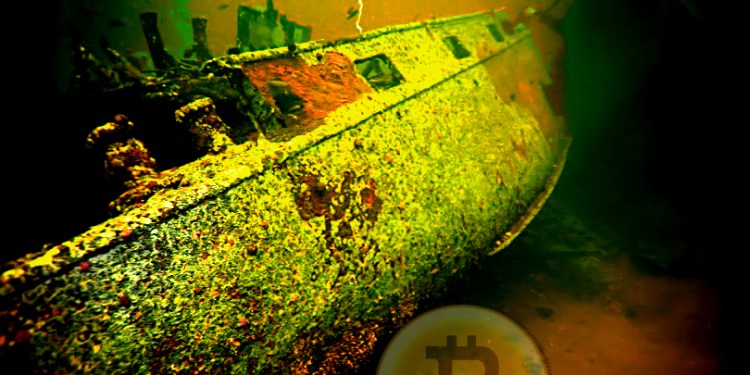 Crypto enthusiasts and onlookers are deliberating how easy it is to lose all of one’s Bitcoin holdings in light of an update from economist Peter Schiff. The chief executive officer of broker-dealer Euro Pacific Capital, Inc. says he’s lost access to all of his Bitcoin.

In a tweet on Sunday, Schiff, a crypto skeptic who endorses gold as the best store of value, says his password was not forgotten when he got locked out of his Bitcoin wallet.

“I just lost all the Bitcoin I have ever owned. My wallet got corrupted somehow and my password is no longer valid. So now not only is my Bitcoin intrinsically worthless; it has no market value either. I knew owning Bitcoin was a bad idea, I just never realized it was this bad!

It appears that Schiff had his Bitcoin stored on a wallet on his phone. He says he’s using the same phone he’s always used.

“Since all the Bitcoin in my corrupted wallet were gifted to me, it’s not that great a tragedy for me that they’re lost. ‘Easy come, easy go,’ is especially true for Bitcoin. My plan was to HODL and go down with the ship anyway. The difference is that my ship sank before Bitcoin.”

The economist’s Bitcoin woes prompted a slew of responses from crypto companies, influencers and innovators reaching out to assist, suggesting that all is not, in fact, lost.

Hi Peter, we're sorry to hear about the issues you're currently experiencing with your Blockchain Wallet.

We will PM you shortly.

hey @PeterSchiff we partnered with Udemy so you can learn how to use a computer AND earn bitcoin (13.5% sats back!) at the same time pic.twitter.com/P5ivxRgDab

Erik Voorhees, CEO of crypto exchange platform ShapeShift, says he originally helped Schiff get set up with a Bitcoin wallet in 2018.

“Here’s what happened: after debate in 2018, we went to dinner. Peter had never used bitcoin before (!) I helped him set up wallet on his phone (Edge or BRD?), told him to secure it if he ever held significant value on it, gave him $50. He forgot pw, and never recorded phrase.

He emailed me a day ago about it. I wasn’t going to embarrass him on the interwebs but then he posts this. If I gave him an ounce of gold and he dropped it on the sidewalk would he similarly condemn the precious metal as a foolish monetary system?”

But Schiff is calling the lost Bitcoin a software error – not a pilot error.

“So much fake news about how I forgot my wallet password. Can’t Bitcoin pumpers be honest about anything? I was very clear that I didn’t forget my password. My wallet no longer recognizes my correct password. Plus what’s up with over 3K people liking that I lost my Bitcoin?”

While there are developers who are launching solutions to combat forgotten crypto passwords, such as Vault 21, Schiff claims the problem is inherit to the system of protecting Bitcoin passwords.

When questioned about his wallet not recognizing his password, Schiff replied,

“You may be laughing, but that’s the truth.”

“There is zero chance I forgot my password. I used a very simply numeric password that I have used many times in the past.”

“Wallets do make mistakes and get corrupted as they get upgraded. I remember having to recreate from seed on my old BreadWallet when they upgraded to BRD. (I hadn’t used it in a year) We are still in crypto’s bleeding edge tech days IMO.”