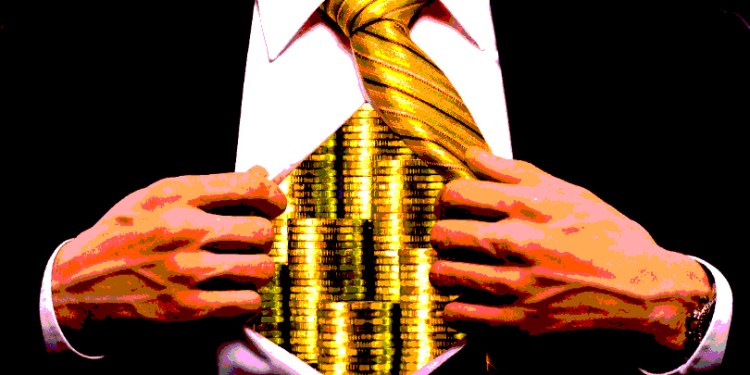 Oxfam has just released its 63-page annual report on inequality. It shows that the number of billionaires has doubled in the past decade and that the road ahead will deliver more poverty and suffering if industry leaders and governments fail to focus on building a human economy that values women.

As the wealth gap grows, it’s taking an even bigger toll on women and children in the poorest nations. Technological progress, automation and globalization are defining an era of corporate consolidation where massive amounts of money are ending up in fewer and fewer hands, leaving swaths of the world population with less and less.

“Economic inequality is out of control…

The very top of the economic pyramid sees trillions of dollars of wealth in the hands of a very small group of people, predominantly men…

The number of billionaires has doubled over the last decade. Billionaire wealth fell slightly in the last year but has since recovered. The accumulation of riches in the hands of the few has gone so far that the wealthiest individuals have more economic power than entire countries.”

Meanwhile, the around-the-clock work of mothers and caretakers continues to go unpaid. Researchers estimate that the value of uncompensated care work performed by women aged 15 and over is $10.8 trillion annually.

“Women are supporting the market economy with cheap and free labor and they are also supporting the state by providing care that should be provided by the public sector. This unpaid work is fueling a sexist economic system that takes from the many and puts money in the pockets of the few…

The dominant model of capitalism actively exploits and drives traditional sexist beliefs that disempower women and girls, counting on them to do this work, but refusing to value them for it.”

The report says the current economic system is inflicting damage at an accelerating rate and will require national care systems to dial back the wreckage.

“It is no accident that men own 50% more of the total wealth in the world than women, as economic policy and practice favour men the world over. Globally, more men than women own land, shares and other capital assets; indeed, in many countries laws prevent women’s ownership of such assets. In recent decades neoliberal economic policy has increased the reliance of the economic system on sexism. It has created a race to the bottom on wages and labour standards, and women are predominantly found in poorly paid, precarious employment while men enjoy higher status and wages.”

The researchers recommend that governments provide free public services and that policymakers increase taxes on the wealthy.

“The super-rich also use their wealth to pay as little tax as possible by employing armies of tax accountants who deliver them an average annual return of 7.4% on their wealth…

Further, only 4% of global tax comes from taxes on wealth. As the main shareholders in corporations, the super-rich are also the main beneficiaries of the rapid race to the bottom on corporate taxation. Corporate tax rates are falling rapidly around the world, and tax dodging on an industrial scale means that many corporations are effectively paying little or well below the statutory taxes, or even hardly any corporate tax at all in some sectors. This, in turn, increases returns to wealthy shareholders and boosts their excessive wealth even further.”