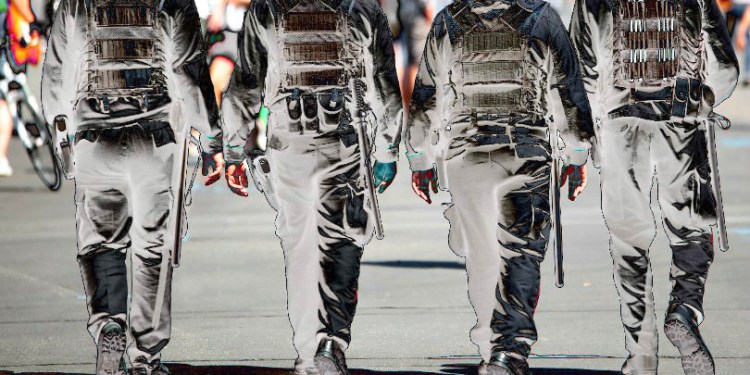 When Sauntore Thomas showed up at his bank branch to cash checks he’d lawfully obtained in a settlement from a racial discrimination lawsuit against his former employer, the clerks didn’t believe the checks were real. The events that ensued highlight why Bitcoin, blockchain and cryptocurrency advocates criticize the current process of verification and authentication, citing human decision-making that subjects people to harmful mistakes, false conclusions and outright discriminatory practices.

Thomas, who is black, was awarded an undisclosed amount after suing his employer, Enterprise Leasing Company of Detroit, for racial discrimination. But when he arrived at the Livonia branch of TCF Bank earlier this week, the bank’s employees accused him of trying to deposit fake checks.

According to a report by the Detroit Free Press, the employees took swift action and called the police. Four officers arrived and detained Thomas for questioning.

The bank’s spokesman Tom Wennerberg released a statement on Thursday, reports the Free Press, asserting that race played no role in how Thomas and his checks were handled. The bank says Thomas made an unusually high number of simultaneous requests for several services.

Thomas, who reportedly had a low bank balance at the time of the incident, had attempted to deposit two of the checks while cashing a third, while also attempting to open a new debit card, according to the bank. TCF Bank told the Free Press that the clerk who served Thomas, who is also black, grew suspicious.

Wennerberg says the checks in question were scanned through the branch’s computer and revealed clear watermarks that read “void”.

“Thomas isn’t buying it, noting the check cleared 12 hours later. He’s upset that two officers questioned him inside the bank, while two others stood guard outside, he said, adding he was an account holder for nearly two years at that TCF branch.”

“I didn’t deserve treatment like that when I knew that the check was not fraudulent. I’m a United States veteran. I have an honorable discharge from the Air Force. They discriminated against me because I’m black. None of this would have happened if I were white.”

The police did not arrest Thomas. Prior to leaving the bank, he cut ties and shut down his account, and opened up a new bank account at a local Chase branch, which cleared his check without incident within 12 hours.

Since he had no car, Thomas promptly used the funds to purchase a 2004 Dodge Durango, reports the Free Press.

He filed a complaint against TCF Bank on Thursday, alleging racial discrimination.