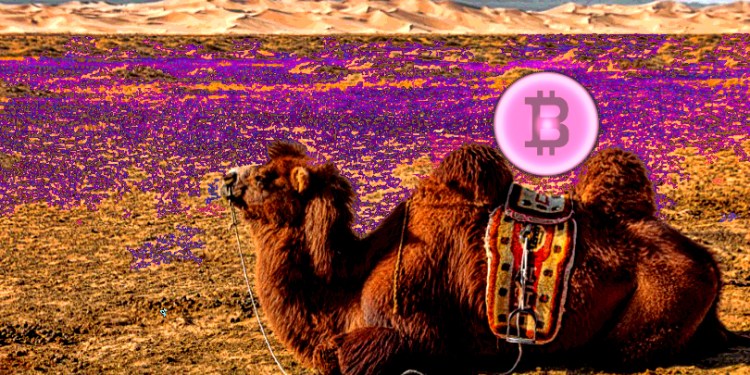 Cardano creator and IOHK founder Charles Hoskinson, who helped bring the first cryptocurrency project to Switzerland as the co-creator of Ethereum, recently delivered a keynote speech at Davos to describe how cryptocurrencies are set to upend the most fundamental aspects of today’s global financial system.

A trained mathematician, Hoskinson says he still doesn’t understand the world of local regulations that impose a mosaic of restrictions on transactions. In his view, blockchain and crypto do it better, and they expose today’s friction from an elaborate patchwork quilt of rules that govern how money flows.

The whole world is changing. We’re going from fragmented, siloed markets that live within the borders of countries to one global market, and instead of talking about the American markets or the European markets or the Asian markets, we’re just talking about one global system, and it’s being led by protocols, intelligent protocols. It’s a really incredible thing to see all this emerging complexity grow.

Recently, I was in Mongolia. I love Mongolia. It’s one of my favorite countries. You see on my Twitter feed a nice little eagle on my shoulder or something like that. And I was out in the outskirts, and we saw this herd of camels. I used to own a camel. So, I went over to the camel herder, and we commiserated on the wonders and horrors of camels. And he asked me what I did for a living, and I said, ‘I’m a cryptocurrency guy.’ He said, ‘Cryptocurrencies – you mean like Bitcoin?’ I said, ‘Yes.’ And he says, ‘I own some Bitcoin.’

A camel-herding nomad in Mongolia owns this – it’s here to stay.”

Ten-plus years into the grand experiment of Bitcoin, Hoskinson says there are major takeaways beyond recognizing that the industry is polarizing and that the markets are volatile. Crypto is able to deconstruct transactions and commerce, boiling them down into a common set of principles. Add computer scientists to the equation who are capable of creating complex code that handles massive computational power reaching every corner of the world, and today’s global financial system looks and smells outdated, sluggish and defined by layers of uncoordinated efforts, platforms and pieces.

“Every single market can unify together. At the heart of things, transactions have five properties. They carry assets. And assets can be anything. They can be information. They can be data. They can be property. They can be a representation of one’s will, like a vote. They can be gold. They can be stock, money. But assets – why should you differentiate them? It’s just a flag and metadata.

Second, you have identity. Every transaction is one to one, one to many, many to one, many to many, but there’s actors. There’s identities. From this movement we’ve created something called the DID standard. Digital identifier. It’s a pretty amazing thing – you should look it up: self-sovereign identity.

Then we have contracts. What are the terms and conditions? Can you get a refund? What’s the fine print? You may have the term ‘smart contract’, that’s where the machine can understand it…

So those are the five properties. So guess what – we’re building protocols that have started looking at these things in a very rigorous way and you’re able to embed within every transaction an unlimited amount of specificity and detail and machine understandability, and you’re able to template these things. Then suddenly everything gets automated.

So we talk about compliance. This is why I hate it so much. Let’s say you want to run an exchange like Huobi, which is actually a very good exchange. They’ve been great partners and very easy to work with anytime we have a technical question or they want to do something with us. They have to spend millions of dollars and years of effort to build some piece of software, and they’re responsible for kind of knowing what happens every time a transaction comes their way.

Which is kind of crazy – if you think about it.

Every jurisdiction they enter, they have to master a new set of laws, hire a whole bunch of people, and basically try to deconstruct your entire commercial history and know you well enough to make an assessment of whether you’re a risky person or not, which oftentimes comes down to: Where is your passport from? And have you done business with people we don’t like talking about?

What if we just go ahead and automate all that garbage? What if we just say, here’s the address, send a transaction and does it settle? And you put tons of terms and conditions. You want to KYC/AML, go to Identity Mind, fill out some forms. They authenticate you. And they’re going to give you a hash that’s signed. If you don’t have that and it’s not in your transaction, it doesn’t settle.

You can pick any rules you want. The point is, all the rules are up front. you. They’re automated. They’re built right into the address structure. Whether that transaction settles or not is completely dependent upon the sender, not the receiver. And when it does settle, the receiver has cryptographic proof that you followed the law – whatever regulatory standards you happen to live within.

The power of this system is unbelievable because you can basically do this for any type of transaction.”