Brian Armstrong, CEO of Bitcoin Exchange Coinbase, Says Fiat Will Be ‘Funny Money’ As US Debt Eyes $31.4 Trillion by 2030 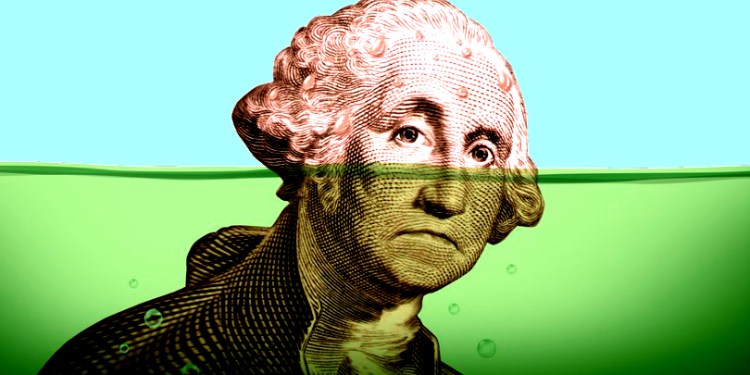 Coinbase CEO Brian Armstrong says government currency is on track to be regarded as “funny money” as the US national debt roars toward $31.4 trillion over the next decade. Citing a new study published on Tuesday by the Congressional Budget Office (CBO), Armstrong, who runs the largest Bitcoin (BTC) exchange in the US, tweeted “consider crypto” to his 318,000 followers.

The CBO report says the US federal government debt will surge within 10 years. Armstrong believes it will be a big blow to the financial system, establishing cryptocurrency as more sound and stable than the US dollar.

“And crypto is seen as real money that people can’t tamper with (at least control is decentralized and I can trust people to review the open source code). Why put your livelihood into something that could be manipulated or devalued without your input.”

The CBO projection is staggering: the projected $31.4 trillion debt is the highest level since the end of World War II, equal to 98% of gross domestic product.

Testifying before the House Budget Committee on Wednesday, CBO Director Phillip Swagel says there’s still time to address fiscal challenges but that the national debt is on an unsustainable path.

“That debt path would dampen economic output over time. Rising interest costs associated with the debt would increase interest payments to foreign debt holders and thus reduce the income of U.S. households by increasing amounts. Such a significant increase in federal borrowing would also elevate the risk of a fiscal crisis.

In addition, it could limit lawmakers’ ability to adopt deficit-financed fiscal policies to respond to unforeseen events or for other purposes. Negative economic and financial effects that were less abrupt but still significant—such as expectations of higher inflation or an increased burden of financing public and private activity—would also have a greater chance of occurring. Those effects would worsen the consequences associated with high and rising federal debt.”

Armstrong believes it’s only a matter of time before the perception of crypto undergoes a radical shift as people begin to realize how the US dollar can be devalued.

“Most people today probably still think of cryptocurrency as funny money, or a speculative asset class. But I believe we’re going to see this perspective flip, probably starting with young people as with many things, where holding a government’s currency is seen as funny money.”