by Amy Wan
in HodlX 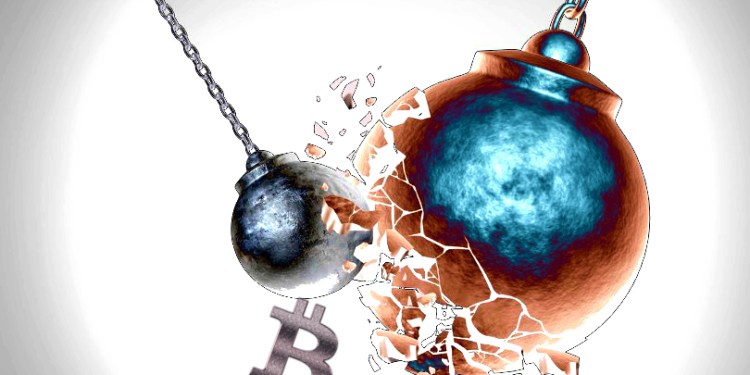 Last week, without warning, the Google Play store suspended our app from its app store. At the time, we were the top ranked Bitcoin rewards app, with nearly 1.4 million users.

This ban from the Google Play store follows several high-profile crackdowns by Google on the crypto community over the past few weeks, including most prominently Metamask and many crypto YouTubers. Many (though not all) of those bans were reversed after outcry by the crypto community.

As context, we launched in May 2019 to put Bitcoin in the hands of mainstream users and reframe people’s relationship with money from stressful to fun. The mobile game rewards users in loyalty points, which are redeemable for Bitcoin. The game has paid out over 2.5 billion loyalty points and has averaged a 4.5 rating from over 20,000 ratings and over 13,000 reviews.

Our team spent nearly a year of development on this game and personally responded to every single Google review and email support ticket we received – often within 24 hours. Hundreds of YouTubers featured and linked to the game. With the suspension and removal from the app store, all that work was lost.

Google’s suspension cited their “deceptive behavior” policy – the same reason they banned Metamask weeks earlier – but did not state exactly what behavior Google thought was deceptive. We appealed – twice. In those appeals, we repeatedly stated our desire to comply with Google Play’s terms and conditions and change the game to come into compliance, but needed to know what they thought was “deceptive” in order to address the problem. In their last reply, Google stated that they were “not able to provide any more information or a better answer to your question.” After that, they went dark.

Additionally, the suspension warned that “additional suspensions of any nature may result in the termination of your developer account, and investigation and possible termination of related Google accounts.” Enforcement of this threat would effectively shut down our business, even the iOS version. Our technical infrastructure, including emails and cloud servers, all run on Google’s platform.

Once Google stopped responding, we had no other options. So, we went out to our community for help – and were overwhelmed by the response. Within minutes, our users started retweeting the announcement.

When we saw our users come out to support us, tears came to our eyes. We’ve always prioritized customer service in the company, answering every Google Play review and email support ticket, but hadn’t realized that we had created a very personal relationship with our users.

We were just floored by the response. We love our community so much.

By the end of the day, Google Play noticed and responded, indicating that they would allow us to resubmit the app. At the time of this article, we have resubmitted the app and are awaiting its approval or rejection. However, we still aren’t sure what Google thought was deceptive about our app in the first place.

This entire experience has taught us a few things: 1) the crypto community, when it works together, is powerful and supportive; 2) crypto companies should think about responsiveness, customer support, and transparency of the technical infrastructure they rely on and regard a general lack of responsiveness as a business risk; and 3) companies should refrain from doing all their business on Google, since Google reserves the right to shut down all your related Google accounts without prior notice.