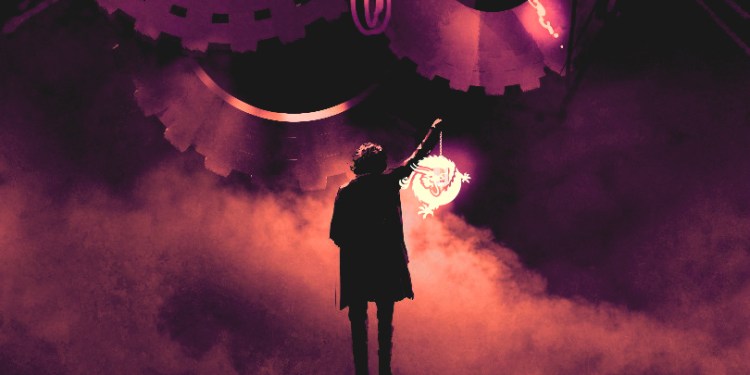 Craig Wright, a self-proclaimed inventor of Bitcoin, says he knows what triggered a massive pump in the price of Bitcoin SV, the fifth-largest cryptocurrency by market cap. Bitcoin SV surged from $117 on January 9th to a high of $436 on January 14th – a rise of 272%. The coin has since dipped to $303.

In a new interview on BlockTV, Wright says he knows the people behind the pump, but he is unwilling to name names.

“I know what’s behind it and who and whatever else. I know people who are doing things and none of that is public information, so I’m not going to share it.”

When asked if the pump was organic, Wright clarifies,

“There’s market interest, but I’m not saying who is getting behind it.”

As for his ongoing legal battle with the estate of his late business partner David Kleiman, Wright says he’s not willing to share details about the private keys linked to over 1.1 million Bitcoin (BTC) that he claims he owns.

“You have a bunch of morons who have no idea, running around saying that censorship resistance is important and then going, ‘But don’t let him talk.’

Commenting on the lengthy lawsuit, which alleges that Wright still holds all of the Bitcoin that he and his Kleiman mined together, he rebuffs his critics.

“A person who is basically a con man wants to falsely prove the partnership that doesn’t exist so that he can get access to money he never owned.”

When questioned about whether he has access to the private keys associated with the Tulip Trust, a contract that allegedly confirms that 1,100,111 BTC were returned to Wright, the Australian computer scientist says it’s nobody’s business, regardless of the fact that the case is closely followed and is a matter of public domain.

“It’s none of your goddamn business. We’re talking about someone’s financial privacy, whatever else, and you guys are a bunch of incredibly rude assholes. There’s no other way to put this. You sit there going, ‘How much money do you have?’; ‘What bank account do you have?’; ‘Where is your money now?’. Who cares what?…

There’s one answer to this: Screw you. There’s no such thing as privacy coins. They’re anonymity coins. They’re seeking to not be private but basically lose all records. Actually, I still have entities I am associated with that have a lot of rights to BTC, so I am not dumb enough to shoot myself in the head.”

Responding to a question about whether he should feel obligated to disclose details about his alleged ownership of over 1 million BTC since his holdings could have a significant impact on the crypto space, Wright remarks,

Dr. Craig S. Wright refuses to talk private keys, speaks about the future of $BSV, tells the story behind the 100% pump and predicts the end of $BTC.

Here is a taste, but seriously, you need to watch the full explosive interview with @AsherWestropp:https://t.co/751beFoqke pic.twitter.com/atld0Iq8Mb