Elon Musk’s Tesla Is ‘Bitcoin on Wheels’ and the Bubble Will Burst, Warns GLJ Research CEO 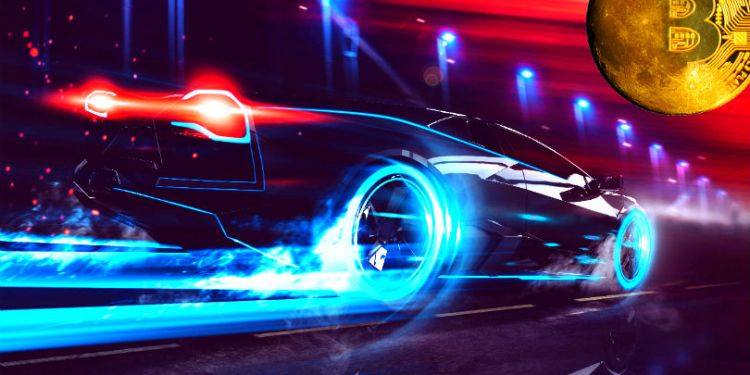 The CEO of the Chicago-based investment firm GLJ Research is comparing Tesla’s skyrocketing stock to Bitcoin.

In a new interview with Fox Business, Gordon Johnson says Elon Musk’s flagship car company is like “Bitcoin on wheels” – and the bubble is bound to burst.

“We think this is a bubble. We think it’s effectively Bitcoin on wheels. We think a lot of people are scared to miss the upside. If you look at the numbers, their net income for the year was just under negative $900 million. The revenue growth in Q4 was up just 2.2%, and we think that 2020 is going to be a disaster for them. The growth story is China. The coronavirus is going to significantly dent car demand in China. And their US sales last year were down 3%. GM’s were only down 2.2%.”

Johnson also compares the number of cars Tesla is delivering to the number General Motors is pumping out, and says the wide gap shows Tesla’s market cap should be significantly lower.

“If you look at the numbers, Tesla is effectively guiding to just over 500,000 in production this year – effectively by those estimates, deliveries. In February of last year, they guided to 420,000 to 600,000 cars delivered. They delivered 367,500 cars. So the guidance for this year is lower than the high end of the guidance they gave for 2019 last year.

Think about it. They are trading at a multiple of GM’s market cap. GM does 500,000 cars in three weeks, so we think it’s gotten ahead of itself.”

Bitcoin (BTC) is known for its extreme volatility and its history of mounting parabolic rallies followed by crashes of 80% or more.

Although the emerging asset remains extremely risky, the top cryptocurrency was the best performing investment of the last decade, beating stocks, bonds and commodities worldwide.