Op-Ed: Bitcoin, Ethereum and Other Major Blockchains Are Doomed to Fail

by Lior Yaffe
in HodlX 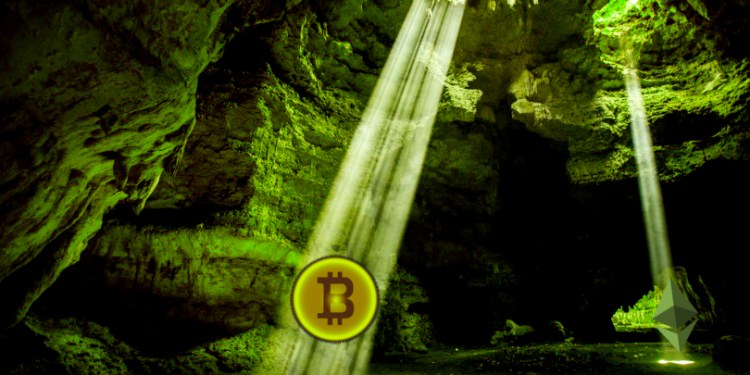 The invention of Bitcoin was undeniably a major breakthrough in the world of digital assets. Although predecessors such as Bitgold and Hashcash had formalized the concepts of digital money, Satoshi’s invention has ultimately gone on to revolutionize traditional financial paradigms. Chains like Mastercoin and Nxt were the first to enable developers to mint their own tokens. Ethereum represented further leap forward, introducing smart contract functionality to support programmable transactions.

But now, 11 years on from Bitcoin’s genesis block, and nearly six from Ethereum’s, it’s time to recognize that these platforms were never designed for the one thing that everyone is demanding of them. Scalability continues to haunt the major blockchains, and the solution is far more complex than many believe. Simply introducing a new consensus model isn’t going to solve the issues.

The Focus on Scalability Risks Redundancy

Older blockchains like Ethereum are suffering from well-documented scalability issues, with virtually no progress since the craze for Cryptokitties choked the internet at the end of 2017. EOS offers higher transaction throughput, but less than a year post-launch, it faces the risk that only a small handful of nodes now have the resources, or willingness, to operate as full history nodes.

Everyone in the Ethereum community is waiting for Eth 2.0, the long-promised update that is allegedly going to make Ethereum scalable. It emerged last year that it could still be several years away. There’s now a serious risk that by the time Eth 2.0 eventually materializes, the technology itself is likely to have moved on, rendering any upgrade redundant.

While their commitment to decentralization is laudable, Ethereum’s core development teams don’t give the appearance of operating with any coherent strategy that will bring a unified vision to life.

Other solutions such as second layers or Bitcoin side chains aim to use the core platform code to create faster and more scalable solutions. However, the very existence of layer 2 solutions is a clear indicator that their creators don’t believe the underlying technology is scalable, or at least that it will be any time soon.

The single token model further hampers blockchain scalability. It simply isn’t designed for scalability due to the token itself having to serve all purposes for all stakeholders. Miners want the token price to be high as it increases their reward value. Network users want lower transaction fees, but those using the token as a payment currency want it to have a high value so they get more bang for their buck.

When the price of Ether rises, users complain about high gas prices. The irony is that many of them probably also profited from Ether’s 2017 all-time high.

Ethereum’s model, where users pay the transaction fees, also creates a barrier to adoption as it imposes a requirement on everyday users to buy ETH via a crypto exchange. Some blockchains like EOS solve this by asking developers to front the costs of RAM. But as a scarce resource subjected to the laws of supply and demand, the price can be prohibitively high for developers.

Replacing single chain, linear blockchain models with a multi-chain architecture overcomes the core challenges inherent in blockchain scalability. A single parent chain provides the backbone for the system, while fully configurable child chains provide all the functionality that smart contracts can offer. By distributing the workload of security and transaction handling to separate, but connected chains, the overall system is capable of a far higher throughput than a standard blockchain.

Blockchain bloat is inevitable once any blockchain reaches a certain size. However, by pruning completed transactions, the blockchain continues to run smoothly and remains appealing to node operators who would otherwise be deterred by the need for expensive hardware and resource consumption.

In a multi-chain environment, each child chain has its own token, eliminating the need for all users to operate in a single token. Child chain operators can sponsor transaction fees of users meaning that the user doesn’t even need to buy tokens to use the services.

A voting application is a good example of a use case for child chains. Charging fees in a single token currency may be off-putting to voters, reducing overall participation.

Using a child chain, the child chain operator account can sponsor the transaction fees so there’s no charge for voting. Alternatively, the voting operator could also set up a system of quadratic voting, where users get one free vote but then pay progressively increasing fees for casting more votes. In this case, fees are paid using the child chain token.

This multi-token model creates a role for network nodes that provide a conversion service between the child chain token and the main chain token so that the network validators receive their rewards in a single unified token. However, operating a multi-token system removes the barriers to entry and aligns incentives across the entire platform.

To use an analogy, the earliest web browsers such as Netscape and Internet Explorer were responsible for driving internet adoption. Similarly, Bitcoin and Ethereum have brought cryptocurrencies and blockchain to the attention of the world. However, Netscape and Internet Explorer were succeeded by more advanced browsers: Chrome, Safari, and Firefox.

So ultimately, it’s inevitable that more advanced blockchain solutions will outpace their predecessors. Technology needs to advance if it’s to stay relevant. The next generation of blockchain trailblazers will be the ones who recognize that and embrace the changes accordingly.

Lior Yaffe is co-founder and director of Jelurida, has 20+ years of experience in design, development, and deployment of enterprise applications for large organizations. Lior has his B.A. in computer science from the Technion in Haifa, Israel.

Before establishing Jelurida (the company powering Nxt, Ardor and Ignis), he led the development and product management of a leading mainframe integration product at Software AG.