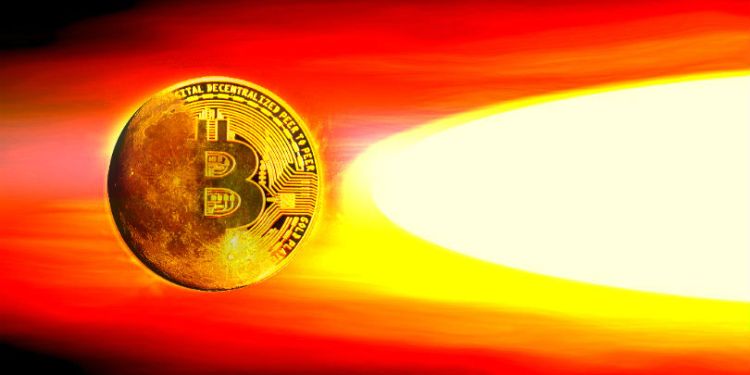 CNBC is apparently infatuated with Bitcoin following its big surge at the start of the new year.

On a new episode of Fast Money, panelists took turns making the bullish case for Bitcoin. In less than two minutes, the crew said six factors are now in Bitcoin’s favor.

Perhaps the most optimistic portion of the segment was when prominent trader and CNBC regular Guy Adami refers to Bitcoin as the victor in a world of fiat currency.

“I believe that in a world where central bankers are tripping over themselves to devalue their currency, Bitcoin wins. In the world of fiat currencies, Bitcoin is the victor.”

With BTC currently reaching above the $10,000 level once again, CNBC’s Tim Seymour says the market has been whittled down to traders who refuse to sell.

“I think what’s different is, first of all, you’ve shaken a lot of weak players. You’ve shaken a lot of momentum. You’ve certainly gotten further down the road in terms of institutional follow-through. You certainly had major banks in the world talk about their own blockchain platforms. You’ve had a dynamic. Money is becoming freer than free. Gold has been rallying. Why shouldn’t Bitcoin be rallying?”

“All the central banks are going nuts. I mean, that’s a part of the bull case for Bitcoin. Plus institutional interest as well.”

This isn’t the first time CNBC has touted Bitcoin, and crypto traders are often skeptical whenever the financial network gets bullish on the market.

According to trader Jacob Canfield, CNBC has a history of turning bullish on crypto just before the market takes a nosedive. Back in 2018, he released a study showing CNBC’s tweets are often a strong counter-indicator of where the markets are heading.

Bitcoin's back above $10K, what's different this time around? $BTC pic.twitter.com/FiWU4AIDmE