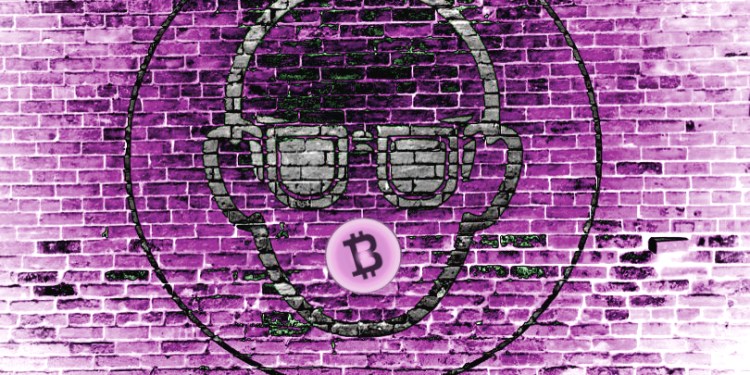 Cryptocurrency has returned into the global spotlight as the price of Bitcoin briefly topped the key $10,000 level again this week, and some strong rallies have been seen in the altcoin space. The leading crypto, now trading around $9,804, has gained upwards of 34% YTD, making it the best-performing asset so far this year.

While crypto bulls have been cheering for the recent upward price action, many may have been wondering what factors contributed to the latest rally other than the upcoming reward halving event. We’ve sorted out some of the recent developments in the crypto space for market participants.

We want to highlight the drop in BTC’s volatility despite the recent positive price actions. Prices of cryptocurrency are generally more volatile than other assets, such as equity indexes and traditional commodities like energy and metals. Volatility could provide a measure of price uncertainty in markets. When volatility increases, traders may trim their cryptocurrency positions or delay investment decisions.

Figure 1 shows the 3-month realized volatility of BTCUSD, which recently dropped further near the record low in mid-November 2018. Generally, low volatility could encourage more HODLers to maintain their holdings; therefore, it’s considered a positive factor for the price.

In this case, the low implied volatility in the BTCUSD options market could somewhat indicate that the medium-term expectations of BTCUSD may not be as high as the current rally suggested. The changes in volatility could be something Bitcoin watchers would like to keep a close eye on.

2. Search of Bitcoin in China and worldwide surged

Social has been one of the critical factors when it comes to cryptocurrency analysis, and the social sentiments of the crypto communities in China have long been considered a barometer of the broader crypto space. The views of Chinese crypto watchers could give meaningful insight when it comes to price analysis.

The Baidu search index for the term “Bitcoin” in Chinese has surged to a recent high of 40,000 before settling down in near 25,000. At the same time, data from Google Trends also shows a similar pattern, with the search of the term “Bitcoin” topping 100, as soon as BTC reclaimed the 10,000 level. However, the surge could bring pros and cons, and sometimes it sends a mixed signal to the market.

“Spikes in conversation volume often precede spikes in search volume by one full day, and new price highs by one to three days. Indicating beyond just a clear correlation between social sentiment and crypto market prices, the former is, in fact, directly affecting the latter.”

However, if one has stayed in the market long enough, it will probably be familiar that when the FOMO buyers rush into the markets, it’s often considered a sell signal for those who came in earlier.

We believe that capital allocations could be one of the reasons behind this divergence. Part of the capital could have left Bitcoin and gone into the altcoin space at the beginning of the year, as major altcoins have plummeted to near/at multi-year lows in 4Q19. That could draw attention from value-driven investors to get into altcoin trades.

Are we in the middle of an “Alt Season” or are markets expecting an incoming one? Those remain arguable questions. However, the fact is that the total ex-BTC market cap has been increasing steadily since January. Altcoin watchers won’t want to miss the development of that, as it seems to retest the May-July tops (figure 6).

4. Virus and the expectations of QE

The COVID-19 outbreak remained the single largest uncertainty for the global economy. Its effect ripples through global markets and assets, and cryptocurrency is no exception. Central banks in Asia have started to take measures to stimulate growth hammered by the virus. Just this week, the People’s Bank of China issued the first batch of special re-lending funds for national and regional banks, aimed to help small and medium-sized enterprises in China.

Although the virus’s impact on the US economy remains limited for now, in the event of an economic downturn the Fed has already put an aggressive quantitative easing program on the table.

“We will use those tools? – I believe we will use them aggressively should the need arise to do so.”

While we do not expect the Fed to be the first one to restart QE soon, due to the virus-driven economic downturn, it’s easy to see the easing narrative from policymakers around the world. If that easing story intensified, that could lead the markets to refocus on Bitcoin as a store of value and as a tool to counter stagnant growth, and that could translate into increasing demand for crypto.

The recent BTC and altcoin rallies have drawn much of the markets’ attention. As we are getting closer to the Bitcoin reward halving event, the bullish sentiment has been more noticeable. Besides the halving, crypto watchers won’t want to neglect the four factors mentioned above when it comes to medium-term trend analysis to get a complete picture.