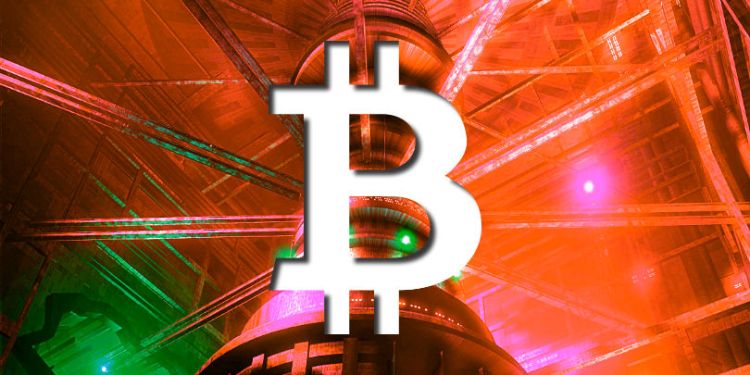 The head of research at Fundstrat Global Advisors, Tom Lee, says Bitcoin (BTC) could rise to half a million dollars in the long run.

In a new interview with Nasdaq, Lee says he stands by his view that Bitcoin will hit $40,000 before the Dow Jones hits 40,000. When asked if BTC will hit $500,000, Lee says he believes a 4,900% increase is possible based on the number of users that ultimately join the network.

“I think in the long term it’s possible because today Bitcoin’s transaction activity is twice that of PayPal, 7x the Discover network. It’s the second-largest transaction network after Visa, and there’s four billion Visa card holders. So if you get to five million Bitcoin users, it’s almost 100x increase in price.”

As for the timeline for such a meteoric rise, Lee says he’s unsure and doesn’t have a crystal ball. But he does think Bitcoin has a strong use case in the current financial system.

“It’s not like I’m necessarily critical of how financial systems work, but too much money is paid to intermediaries. Today, roughly 6% of all GDP globally is paid to the financial system to manage trust. Bitcoin has been around for 11 years, has never had a single fraudulent activity on its blockchain with $5 trillion of activity.

So it works better than the traditional financial system and the cost is vastly lower. Today, you can transmit a million dollars of Bitcoin between countries for $15. That same transaction using remittance counterparties would cost you 5 to 10% of that – $50,000 to $100,000.”

Lee also warns that Bitcoin is not guaranteed to succeed. Although the network has performed well for more than a decade, Lee says the potential for undiscovered security loopholes as well as harsh government regulations are two potential threats to the future of the leading cryptocurrency.

“The future is uncertain and Bitcoin would be destroyed if there was some sort of proof-of-work attack on its blockchain. So if somehow the blockchain became unsecure, it would lose all of its value. Governments could try to ban the offramping of Bitcoin. So to convert it back into fiat, they could tax it or make it illegal. That would make it very difficult. So there’s a lot of ways to kill Bitcoin.

But it’s a generational thing. Look at Schwab’s latest holdings for stocks. A top-five holding is the Grayscale Bitcoin Trust. Just like young people adopted the internet, young people are adopting cryptocurrencies.”