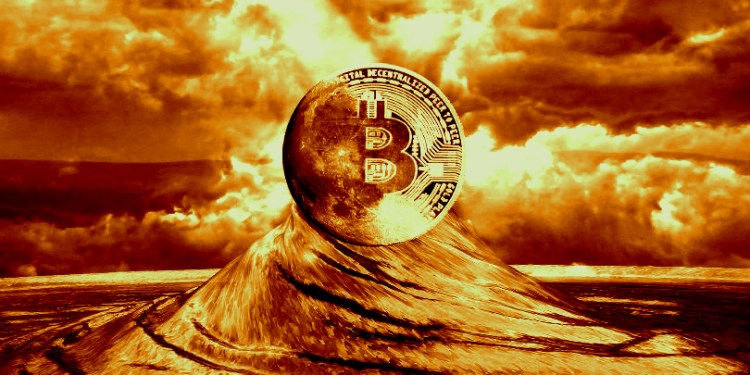 The head of a highly successful cryptocurrency trading firm is offering his thoughts on the current state of Bitcoin (BTC), Ethereum (ETH) and the crypto markets at large.

Sam Bankman-Fried is the CEO of Alameda Research and FTX. Two of Alameda Research’s crypto trading accounts are listed in the top 15 most successful of all-time on BitMEX, having earned a total of $67 million. The company says it executes about $1 billion in trades on a daily basis, mostly by identifying arbitrage opportunities between crypto exchanges.

In a new interview with Venture Coinist, Bankman-Fried says the current crypto market does not remind him of Bitcoin’s last epic rally in 2017. He says the single best word to describe the current state of the crypto markets is “weird.”

“It feels really different from the late 2017 bull run, where you just sort of had this feeling that you walked out on the street and you run into someone, and they’re probably thinking about buying Ethereum for the first time. That’s sort of the sense you got then, and this doesn’t feel like that. This is not [a] mass new consumer base flocking in…

‘Weird’ is just sort of the best word. This rally has been weird. It’s not felt like a mass groundswell of enthusiasm. There has been a lot of enthusiasm, but it’s a little bit of the tail-wagging-the-dog thing. It’s clear that first things went up and then people got excited – not that the excitement was the first thing to drive people.”

If Bitcoin’s 2020 rally happened in traditional markets, Bankman-Fried says it would have felt like he wasn’t privy to some inside knowledge.

“If you see this in normal markets, what does it make you think? It makes you think, I don’t know what’s going on but maybe other people know something I don’t. Maybe there’s some really great news coming out. Maybe there’s a groundswell of enthusiasm from some sector or group or fund that we don’t know about, or just a big buyer is sort of the other thing, like someone is just buying a lot, and it’s going up. And that makes you wonder. What are they doing? I don’t know. It’s all kind of weird and confusing, but obviously the thing you worry about is, what if they sell?”

Ultimately, Bankman-Fried says Bitcoin’s early 2020 rally has him feeling nervous. He says he’s cautious about the current rally and warns traders that he wouldn’t be shocked if a major correction takes place.

“There were definitely signs that markets were overheated when we got to $20,000 Bitcoin, but there was also these signs that there was a ton of really organic enthusiasm. Right now, I’m sort of less sure of that, so I gotta say I’m feeling a little nervous. I’m not necessarily saying things are going to go down, but it wouldn’t shock me if they did.

I definitely don’t feel like, ‘Oh ya, this feels like I’m really confident in this rally. This feels really natural. This is the right way of the world.’ I sort of feel like I don’t know what I’m missing here. Why now? If this is the fair price of ETH, why wasn’t it here six months ago? And if that was the fair price then, why is it here now?”