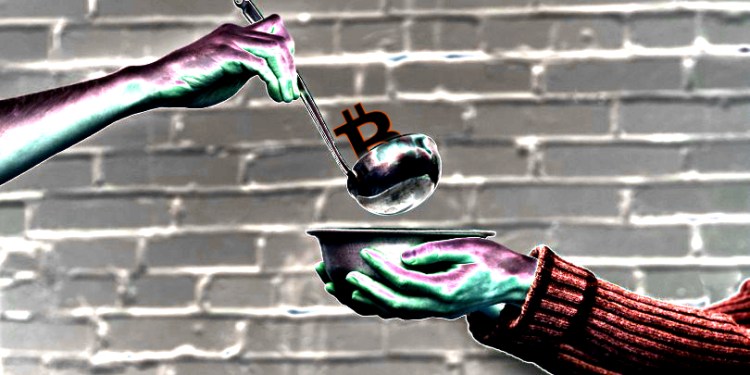 A millennial engineer working in the Gulf tells Al Jazeera he was blindsided when his earnings shriveled away after he returned home and deposited them into a Lebanese bank account.

Says Maher, who has asked the news outlet to conceal his identity,

“Nothing can prepare you for the shock of this.”

The foreign currency he deposited was immediately subject to strict currency controls under a battered economy that has been battling hyperinflation and skidding into its worst performance in over a decade. Lebanon is looking for a lifeline from the International Monetary Fund which is currently trying to help draft a comprehensive financial rescue plan.

Hard earned cash deposits in foreign currency can only be withdrawn in Lebanese pounds at the official exchange rate, effectively and drastically slashing value by 40% compared to the open market.

Maher says cryptocurrencies like Bitcoin are emerging as a salvation.

“Suddenly everything turns upside down and all the options are open.”

“Right now, Lebanese are interested in escaping tight restrictions on cash withdrawals and transfers. They basically want financial freedom. If you want to go around the banking system, Bitcoin is a solution.”

With the Lebanese pound under strain, central bankers have lost their luster. The lack of trust is providing an opening for discussions around peer-to-peer cryptocurrency networks that allow people to send one another money or pay for services without being subject to currency restrictions prohibiting transactions over $50 or a few hundred bucks. Bitcoin users can also evade foreign exchange conversion rates and other monetary policies that devalue their government-backed fiat currency.

Speaking to Al Jazeera, several Millennials explained how they’ve taken the slow road to Bitcoin adoption in the quest for a safe place to store money and make transactions.

According to Simon, a 33-year-old Bitcoin trader who is also the chief technology officer of web development firm cnepho.com,

“It started slow but now, it’s going exponential…Basically, this means we meet up in a Starbucks, he gives me the [physical] money, and right there, I transfer him the Bitcoin.”

“Before the uprising, Bitcoin gave me supplementary income, but now, it’s definitely become the primary.”

The IMF is trying to pull Lebanon from the brink of collapse, with bond investors threatening to plunge the country into default on its debt — a potential first for Lebanon after getting hit by both Moody’s and S&P Global Ratings which downgraded the country’s long-term foreign currency rating over the weekend.

An analyst report issued by S&P Global last week painted a stark picture for Lebanon which rates lower than Argentina and the Democratic Republic of Congo, reports CNBC.

“As a consequence of severe fiscal, external, and political pressures, we believe a distressed exchange or unilateral default on Lebanon’s commercial debt is virtually certain at this point.”

Bitcoin traders can leverage the sinking economy and the tanking Lebanese pound.

According to another anonymous trader,

“I’m basically hedging that I’ll still make a profit and the dollar won’t devalue by more than 40 percent.”

“Bitcoin is protected by mathematics, fiat [traditional] currencies are protected by governments. Which do you trust?”

While Lebanese traders acknowledge Bitcoin’s volatility, they point out that their fiat currency is volatile without any of the upside that BTC can claim – as the best-performing asset of the decade.

The founder of a Lebanon-based tech company says that their lack of trust in the banking system has caused them to turn away and look elsewhere.

“The founder, who spoke on condition of anonymity, said they transfer about $30,000 worth of Bitcoin into Lebanon every month to pay employees. The Bitcoin is bought from a foreign account and then sold ‘over-the-counter’ in Lebanon to established buyers.”