From Monero to Zcash: Privacy Coins Aren’t Working (Yet)

by Zane Huffman
in HodlX 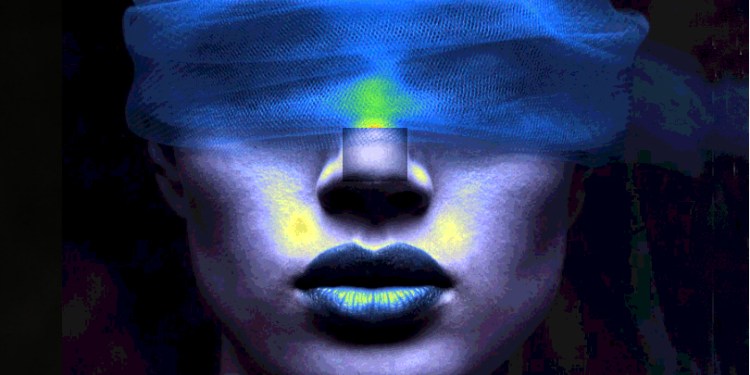 A core ideology in the cryptocurrency space is a consistent commitment to privacy. But until privacy coins deliver easy-to-use, efficient solutions at scale, privacy will remain a privilege reserved for the crypto-savvy.

For individuals seeking to reject government or other third-party surveillance in their financial and business dealings, end-to-end encryption is a must. However, privacy coins universally lack a comprehensive approach that can aid users in performing other necessary functions like private messaging, file sharing, and data messaging.

Monero is routinely seen as the gold standard of the privacy niche, and for good reason. It’s the longest running of the major contenders, boasts the largest market cap, and has successfully protected XMR transactions from unwanted eyes for years. But that hasn’t stopped Monero users from being identified and reprimanded, over and over again.

Now, the purpose is not to condone criminal behavior, or argue over what constitutes a crime – criminals should be arrested. But the fact that individuals using Monero for illicit purposes are routinely uncovered and detained suggests that XMR isn’t adequately serving its users. By tracking on-ramps in and out of Monero, channels of communication, web activity, and so on, Monero users can forfeit their anonymity even if they use the coin exactly as intended.

The recent Monero website hack, in which a malicious actor planted a coin stealer on the site, proves that anyone can be tampered with, despite how knowledgeable they are of crypto. Centralized solutions in use alongside Monero and other privacy coins aren’t perfect, as the massive, recent NordVPN hack highlights.

And if we take a step further back, how accessible is Monero itself to the average individual? Despite over a decade of existence, cryptocurrency across the board is incredibly inaccessible for the average individual. XMR and coins like it carry an even larger learning curve. Realistically, what percentage of the population is equipped to properly utilize Monero and supplementary services to adequately protect their anonymity? I’d argue the figure is well below 1%. And with the ongoing trend of exchanges delisting the “purely privacy” coins, that figure may continue to dip lower still.

For privacy coins to carry out their intended purpose, they need to build out comprehensive, user-friendly applications that average Joe can wrap his head around.

Opal Coin: Before Its Time

A holistic approach to privacy isn’t a foreign concept to the niche. Once upon a time, there was a little known privacy coin by the name of Opal. Launched in 2014, Opal was situated as a suite of privacy utilities that were all housed in the Opal wallet. Alongside hidden addresses and shielded transactions typical of most privacy coins, you could also partake in on-chain private messaging. From a single location, you could negotiate dealings and settle transactions in a completely decentralized, secure manner.

Unfortunately, this philosophy wasn’t widely regarded as necessary for the privacy space. Although there were other intended features to encompass within the wallet, development largely dried up within the next year as the team and community pursued different ventures. For all intents and purposes, Opal and “holistic privacy” were good as dead.

Either in response to Monero, or as a reflection of the growth of the industry as a whole, there are a number of competing privacy coins that do emphasize greater utillity. Zcash is perhaps the most appropriate example. Like Monero, Zcash is sufficiently private for users looking to deal in encrypted currency transactions.

However, Zcash broadens the scope of its “transactions” through the incorporation of private smart contracts. Smart contracts are the industry standard for the nuanced transaction of data on-chain. When applied to a privacy coin, this means users can deal in much more than just units of currency: they can store files, lock currency, establish escrow, alongside more nuanced potential applications like decentralized autonomous organizations.

Zcash also employs “flexible privacy”. Users can opt for public transactions, which may be necessary for auditing and compliance purposes. They can similarly verify activity through zk-SNARKs without revealing contents. In order for privacy coins to see legitimate usage at the global scale, they must encompass these broader functionalities.

There is currently an “impossible trinity” of utility, sufficient privacy, and scalability that privacy coins across the boards are succumbing to. Most projects are building out under the preconceived notion that only two of these qualities can be appeased.

Monero is sufficiently private and scales well enough, but lacks utility for more comprehensive use per the possibilities suggested above. Grin has taken the same approach. Verge is quick and offers several features, but does so at the sacrifice of the adequacy of the privacy it encompasses. Zcash is pushing towards utility, and many will agree ZEC is sufficiently private, but the resources required for various privacy activities, like contracts, suggests the network won’t succeed at worldwide scale.

Enigma is one project looking to overcome this “impossible trinity” at the application layer. The functionality of Enigma reflects the ability to use “secret contracts” across existing blockchain networks. In essence, this will allow users to transmit and interact with data on-chain in a secure, untraceable manner.

Essentially, Enigma is providing the “privacy” for networks that otherwise embody utility and scalability. As major chains like Ethereum and Bitcoin continue to improve and evolve, the impact Engima enables as its underlying chains become more capable similarly grows.

At the protocol level, Beam is also taking on a more comprehensive approach. Like Grin, Beam is constricted by its MimbleWimble architecture, which confines network activity as solely currency transactions. Unlike Grin, however, Beam has placed ample resources and capital to broaden the utility and usability of the project.

While Grin continues to be very barebones, with users relying on a spartan command line wallet, Beam is putting a major emphasis on usability. They’ve built interactive wallets on a number of platforms, and atomic swap capabilities provide users more autonomy in bringing funds on-and-off Beam, without as much reliance on exchange offerings. Additional features like tokenized assets in the pipeline, combined with interoperability initiatives, further expand the utility of the coin.

Lastly, a newer contender, Stegos, has an ambitious bottom-up approach that may prove fruitful for the broader niche. Like Grin and Beam, Stegos utilizes aggressive transaction pruning for a far more lightweight, scalable blockchain. But beyond that, Stegos approach is a direct opposite: instead of completely restricting the functionality of transactions, Stegos expands network activity to broaden transactions as a system for fast data messaging.

In the same capacity that an amount of tokens can be sent, users can similarly send messages, like Opal, alongside media, data, and whatever else. The team is looking to create a one-stop mobile app that will allow users to participate in encrypted, on-chain messaging, and interact with network dapps. This is only possible because the network is lightweight enough for smartphones to act as full nodes, which enables them to whichever functionalities are available for desktop alternatives.

The above coins, along with other initiatives that make up the privacy players of the current generation of “blockchain 3.0”, suggest that the usability solution in the niche is a matter of “when,” rather than “if”. The future should be private. Down the road, everyone will be able to maintain complete digital anonymity through the utilization of privacy coins.

How far out we are will only be revealed with time. All will depend on when projects across the board shift their approach to focusing on how to build a platform that can do it all properly. The current philosophy of figuring out the best way to do what is possible through existing infrastructure is a fruitless endeavor.