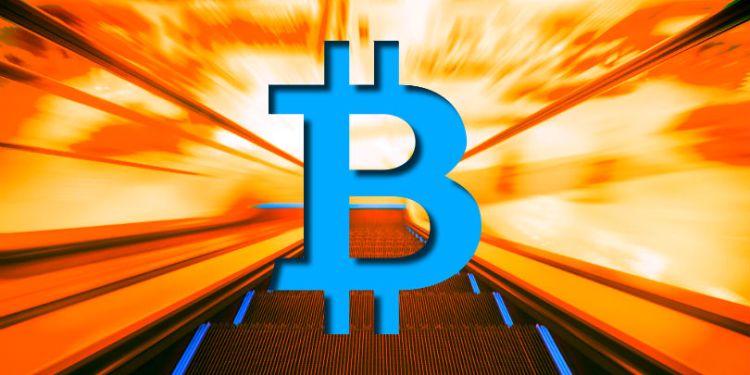 The analyst says he’s looking for a spike in BTC buyers to signal that the bottom is in. Until then, he’s cautioning anyone trying to buy the dip.

“This volume on the buy back is pathetic. Funding still high. Hit a key support level at the 200 daily EMA, but this still feels weak. Just be patient with your knife catching…

How do we drop 7% and funding spikes for longs. This shit is not bullish at all. This means that price dropped and longs are paying MORE to hold their positions open. So people that are under water in their trade are paying a lot (up to .13% on Deribit and .05% on Bitmex). It’s the worst feeling, lol.”

Canfield says Bitcoin now needs to hold above its exponential moving average at $8,780. At time of publishing, BTC is just above that number at $8,809, according to CoinMarketCap.

“First test of the 200 EMA daily for Bitcoin. This is why I said the market was not bullish yesterday with the funding spiking hard for longs. Currently haven’t taken a long position yet as I was waiting for a reaction. Let’s see if we get anything here.”

Fellow analyst Josh Rager is one such trader who is buying Bitcoin on the way down. Rager says he got in at around $8,730 and has a stop loss in place in case the big Bitcoin breakdown continues.

Caught the $BTC knife, hoping to hold on – stop loss in place https://t.co/STqHsUhU5Y

Meanwhile, Canfield is also preaching patience for anyone watching XRP.

Canfield was an early investor in XRP and says he first bought the digital asset when it was trading at $0.009. Now, he says he’s exited all of his positions on the third-largest cryptocurrency by market cap until he’s convinced it has hit a bottom.

A fellow analyst known in the industry as Magic says XRP may be transitioning into oversold territory at its current price of $0.235. However, if the market continues to trend downward, the next major level of support is at around $0.213.

“XRP is oversold on the 4 hour chart. So, I think we could see a relief rally pretty soon. However, I see a chance that XRP could potentially fall to the 0.213 area before that happens. If XRP can recover above the 61.8% retrace, that would negate the immediate risk to 0.213.”