by Suvrangsu Das
in HodlX 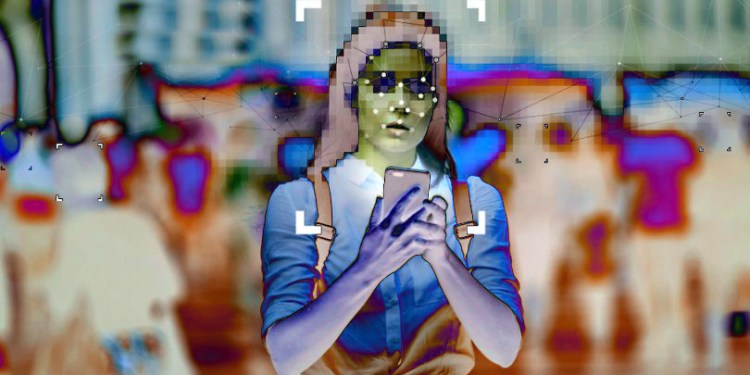 While coronavirus continues to disrupt the global economy, financial markets, and the lives of over a billion people, it feels like the world is holding its breathe. However, the crypto markets never sleep and continue to move, pricing in both uncertainty and future expectations in real time. While famed investor Warren Buffett was recently cited as calling Bitcoin a “store of fear,” others are predicting that Bitcoin will beat the Dow Jones to $40,000 this calendar year.

Regardless of the day-to-day crypto market movement, we continue to see new developments that continue to move the blockchain industry forward, especially in Asia.

For starters, China is using blockchain tech to help fight the coronavirus outbreak through blockchain-enabled applications that are assisting with medical data management, the allocation and tracking of relief supplies, and medical claims, among other matters. This doesn’t come as a big surprise as China’s President, Xi Jingping, praised blockchain as recently as last October, citing that his country needs to “accelerate the development of blockchain technology and industrial innovation.”

With much of China currently in a standstill, the government continues to push forward blockchain-friendly regulations as it seeks to become a leading technology hub in the country’s pursuits to overtake the United States as the world’s largest economy. Just last week, the banking regulators in China issued documentation laying out a set of standards regarding the secure application of blockchain technologies in the financial sector. These new standards are a first for China, and are welcomed by over 35,000 blockchain companies that are reportedly operating in the country today.

Despite this progress, many companies continue to struggle with the coronavirus as blockchain companies are calling on their workforces to work remotely while some mining outfits have been temporarily shut down all together.

In memory of the coronavirus whistleblower, Dr. Li Wenliang, an Ethereum smart contract was created to immortalize him.

The host nation of the Summer 2020 Olympics, Japan, is showing encouraging signs of continued blockchain and crypto innovation. Currently, about 10% of global crypto exchange traffic is attributed to Japan, so it’s no wonder that the country is taking its role in the global blockchain landscape seriously. For one, Bitcoin is recognized as a real currency in Japan, so holding Bitcoin can be done so tax-free. The government is constantly, carefully assessing how to treat digital currencies as it weighs the pros and cons for the economy. However, there is broad consensus support for blockchain in enterprise business.

The country’s largest social network, Line, recently announced that it will be launching its own digital currency, Link, to the Japanese market in April. This will essentially allow the creation of a new currency system for Line users, with the potential to make payments and transfer the Link digital currency in app, a potential major catalyst for consumer adoption.

Other promising developments in Japan include blockchain advancements in financial services, thanks to Ripple’s expansion in remittance services, and a new privacy-oriented protocol that’s capturing headlines, QURAS. Set to launch its mainnet in early April, QURAS is a next-generation blockchain protocol that enables private transactions through public smart contracts. By utilizing two leading privacy technologies, the protocol enables users and businesses to choose their suitable privacy level for any type of transaction in a regulatory compliant manner. Upon mainnet launch, QURAS’ native token will be the most widely accepted cryptocurrency for payment in retail stores across the country of Japan, second only to Bitcoin.

Meanwhile in South Korea, The Bank of Korea announced recently that it is looking to develop a blockchain system to improve record-keeping and possibly evolve into a real-time payment trading system for the Korean bond market. In a commercialization move, South Korea’s NH Bank introduced a blockchain-based mobile ID system which is being rolled out for use, while being backed by global juggernaut Samsung. This ID system is also being jointly implemented by SK Telecom, Korea’s largest wireless carrier.

Furthermore, South Korea’s government has been cautiously seen as innovation-enabling, with the likes of Ripple expanding its customer base in the country to three new remittance companies last month. In addition, Litecoin also just announced a new partnership that allows Litecoin to Korean Won withdrawals and remittances from 13,000 ATMs in the country. This partnership integrates Litecoin with MecoCash’s M.Pay payments platform and MeconMall, signaling a big step for Litecoin adoption in South Korea.

With Korea looking to be on the leading edge of blockchain, gaming, and technology innovation in general, we expect the country to continue being a tech leader for decades to come.

While Singapore is known to be the leading traditional financial hub, it has also developed a prominent blockchain ecosystem thanks to its regulatory-friendly environment. Of all of the countries in Southeast Asia, Singapore has taken the driver’s seat in the blockchain sphere thanks to the central government’s forward-thinking approach that encourages adoption of blockchain technology and regulated digital currencies. With nearly half a billion dollars of investment into Singapore-based blockchain companies since 2014, it’s easy to see Singapore maintaining its importance in the global blockchain world.