Tokenization in Europe – Market Size to Reach $1.5 Trillion in 2024

by Benjamin Schaub and Stefan Schmitt
in HodlX 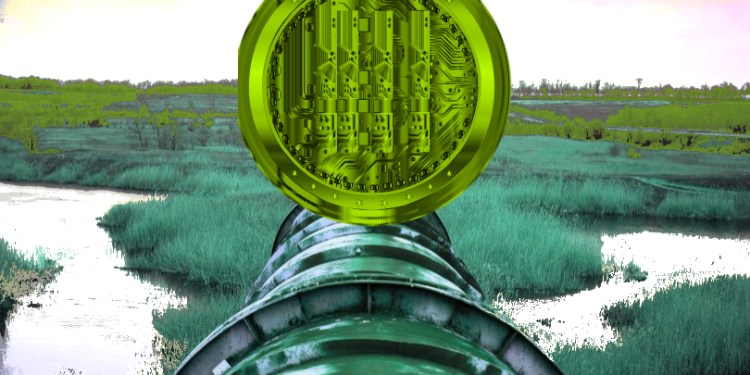 The world of tokenized assets is gaining more and more traction. As the market size for tokenized assets rises, the playing field is no longer left to startups alone. A significant number of players from the traditional world are entering the market.

In the course of the first BaFin licensing for crypto custodians later this year, the market for tokenized assets will gain further momentum in Europe and especially Germany. Substantial money inflows from financial institutions are expected as Bitcoin & Co. become legitimate assets. However, what does this mean in real numbers? We ran a simulation to determine the potential market size of a European tokenized assets market.

For this paper, we analyzed the research conducted by third parties and combined it with assumptions. To calculate the market size for tokenized assets in the European Union, the underlying key assumptions are:

In this paper, we define the term “cryptocurrency” as publicly issued tokens, 99% of the market capitalization being payment and utility tokens. For the sake of simplicity we use the terms “Europe” and “European Union” synonymously; however, the calculation of the market size of security tokens is based on the GDP of the European Union.

Based on a comprehensive study by the Cambridge Center for Alternative Finance (2017) in combination with surveys from ING (2018), Statista (2018), and Bitpanda and GlobalWebIndex (2019), we identified the European share of the global market volume of cryptocurrencies to be around 30%.

Growth of market size for cryptocurrencies

Given the volatility in recent years, this is the most challenging number to predict. Fundamentally, we expect a very positive development of the market. Financial institutions and private investors will have much easier access to invest in cryptocurrencies over the next few years. For reasons of diversification alone, it will be of interest for all sorts of investors to get their share of cryptocurrencies. The legitimation of Bitcoin & Co. through its establishment in the German Banking Act is elementary for positive development in Germany and Europe. We see that banks are looking for new business models in times of negative interest rates. Therefore, we expect much new money to flow into the market resulting in a corresponding increase in prices. Furthermore, the rise of secure and convenient custodians enables more and more private investors to enter the crypto space.

Many studies predict astronomic compound annual growth rates (CAGR) for cryptocurrencies in the near future. Due to the immaturity of the market, it is essential to use a variety of sources to derive a conservative evaluation. Among these is the study of the Satis Group (2018), which predicts a global CAGR of 36% for cryptocurrencies until 2028, with growth rates of 52% in 2020 and 2021.

Even more conservative players like the BayernLB (2019) calculate a potential Bitcoin price of $90,000 using the stock-to-flow model, which would increase the current market capitalization tenfold. In addition to studies as described above, our model includes several parameters, such as the increase of money inflows of financial institutions in cryptocurrencies as reported by Grayscale (2020). Based on our data, we expect a CAGR of ~26% for the cryptocurrency market in the upcoming years. Therefore, the resulting market size for cryptocurrencies in Europe is expected to be around $0.27 trillion (€0.24trn) in 2024.

GDP tokenized in the European Union

In order to provide the most detailed outlook possible, we consider security tokens, tokenized rights that mimic features of securities such as interest payments and revenue participation, and cryptocurrencies separately. From our point of view, a more granular approach that predicts the growth of individual asset classes within the security tokens contains too many sources of error. For the future development of security tokens, we focus on the Gross Domestic Product (GDP). Research and surveys from institutions such as the World Economic Forum (2015), R3 (2019), and Chain Partners (2019) project that up to 10% of the global GDP will be tokenized by 2027. With 0.02% of the European Union’s GDP tokenized in 2018 and 0.05% in 2019, the market size of tokenized assets almost solely consists of cryptocurrencies.

While BaFin-approved crypto custodians in Germany will be the enabler for institutions to enter the tokenized world, we expect that the adoption in Europe will still take some time and reach ~7% of the European Union’s GDP in 2024.

Overall, we assume a higher rate than 10% of GDP tokenized in 2027 as Europe, led by Liechtenstein, Switzerland, and Germany, is taking over a leading role in the blockchain space. Furthermore, Europe is a wealthy continent with cutting edge technology. In comparison to other continents such as South America, Africa or parts of Asia, the adoption of blockchain, and with this tokenization, will be higher.

The lack of conclusive studies and reliable figures for the European market of tokenized assets led us to conduct and publish our own research. We use a bottom-up growth scenario of cryptocurrencies and security tokens together with a top-down scenario based on the estimation that up to 10% of the global GDP will be tokenized by 2027. In order to project the most detailed outlook possible, the differentiation between security tokens and cryptocurrencies is vital as the current token market mainly consists of cryptocurrencies.

Based on various studies and surveys in recent years, we were able to derive the European share of the global market size of cryptocurrencies to be around 30%. Given the progressive regulation, we expect that the European share of the worldwide cryptocurrency market will gain momentum in 2020 and 2021 and rise to around 35%, where it will remain on a constant level from 2021 onwards. Also, our model projects a CAGR of ~26% for the cryptocurrency market in the upcoming years, which would equal a market size for Europe of around $0.27 trillion (€0.24trn) in 2024.

Benjamin Schaub is a project manager at the Frankfurt School Blockchain Center (FSBC) and Chief Operating Officer at Plutoneo. His interests include blockchain regulation and governance as well as blockchain use case development. You can contact him via mail (benjamin.schaub@fs-blockchain.de) or on LinkedIn.

If you like this article, we would be happy if you forward it to your colleagues or share it on social networks: more information about Plutoneo. Visit LinkedIn.

Plutoneo offers a scalable and customizable crypto custody infrastructure for digital assets with banking-grade security. Plutoneo enters the German market with a unique setup of experts from IT, DLT and banking expertise.

R3: “The Tokenization of Financial Market Securities – What’s next?”, released 2019.