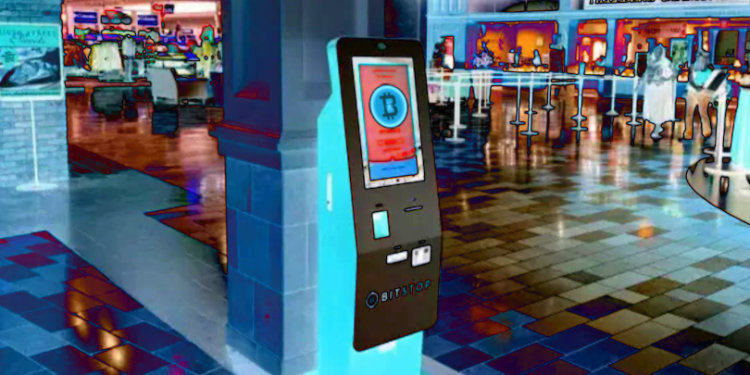 With a growing interest in cryptocurrency, there are now 7,057 crypto ATMs worldwide, allowing people to use cash and debit cards to purchase Bitcoin and other digital assets, or convert Bitcoin into fiat. Of the top five markets, there are currently 5,089 ATMs in the United States, 754 in Canada, 303 in the United Kingdom, 126 in Austria and 84 in Spain, according to data compiled by CoinATMRadar.

Andrew Barnard, co-founder and CEO of Bitstop, a Bitcoin operator with over 100 locations in the US, including the Miami International Airport and shopping malls, says the industry is still very young with Bitcoin ATMs only six or seven years old.

In an interview with ATM Marketplace, Barnard says the market has grown significantly.

“We’re now at the ATM IA (Industry Association) Conference here, looking to work with some of the largest and best operators in the world. So we’re seeing ATM operators from the traditional ATM industry come into this space who want to own and operate their own Bitcoin ATM.”

According to Barnard, several different types of companies providing financial services are exploring the BTC market.

While several different businesses in the US are integrating Bitcoin ATMs into their suite of services, Barnard is watching growth explode worldwide.

“[We’re] also seeing interest internationally from foreign operators. So whether it be South America, Africa, Australia, Asia, Europe, we’re seeing operators contacting us from all over the world that want to run Bitcoin ATMs in their areas.

So I would expect not only the United States to continue to grow, and grow at an even faster rate than it already is, but we’re expecting a lot of demand internationally as well, and we’re focusing on different regions of the world also, with respect to distributing the Bitcoin ATMs.”