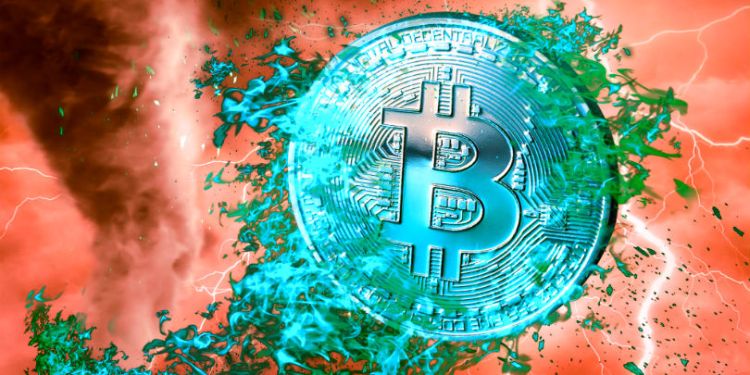 As fears about the global coronavirus outbreak rock the markets, fueling uncertainty and doubt, Bitcoin investors are hoping BTC shows its strength as an uncorrelated asset.

Meanwhile, a number of crypto analysts are pointing to another move happening behind the scenes that they believe may be equally destructive to the crypto markets.

According to a blockchain researcher known as Ergo, PlusToken scammers are quietly mixing large quantities of stolen Bitcoin to make it harder to trace. The new movement of 13,000 BTC worth $101 million suggests the cyber thieves are not done selling the leading cryptocurrency on the open market.

Created in 2018 in South Korea, PlusToken was an alleged Ponzi scheme that promised high-yield returns to its investors, produced by “exchange profit, mining income, and referral benefits”. It reportedly drew in three million registered users.

The platform went bust over the summer, with Ciphertrace reporting that investors lost an estimated $2.9 billion when PlusToken’s app and exchange went offline.

Ergo, who has been assessing the total size of the scam, says about 129,000 BTC was already mixed by December. Crypto analyst Kevin Svenson thinks the scammers are currently “slamming the market” with sell orders.

#BTC – this is not your average sell off. Clearly a whale unloading. pic.twitter.com/jCilhe5Ajb

Though it’s difficult to prove, Ergo and analyst Jacob Canfield also believe the scammers are actively selling BTC. Ergo says he’s convinced the scammers are selling Bitcoin. The question is how much they can offload without getting caught.

“Been looking and theorizing about this for months and I can’t see a scenario where the coins aren’t being sold, at least to some degree. This was likely obvious to the exchanges starting in September. The accounts would have been frozen then.

Why keep sending the other +60k coins over the following 5 months if you weren’t able to actively cash out? Maybe there is a scenario where this is some type of honeypot. Send us the coins, then we catch you when you move to fiat?

Because I can’t imagine scammers keeping over 1$B parked on a few exchanges.”