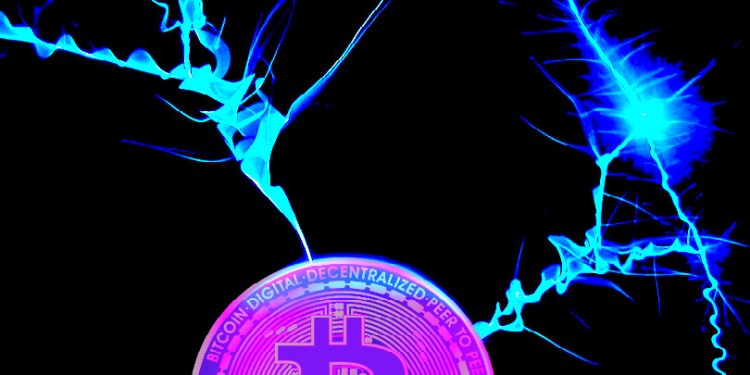 Morgan Creek Digital’s Anthony Pompliano has released the latest episode of the Off the Chain podcast — a deep dive with the mysterious Bitcoin analyst known as “PlanB.”

The pseudonymous strategist says he’s a Dutchman in his mid forties and a member of an institutional investment team that manages roughly $100 billion in assets. He has amassed a big following on Twitter by popularizing the use of the stock-to-flow (S2F) model to predict the volatile price movements of Bitcoin (BTC).

Heading into Bitcoin’s halving event in May, which will limit the supply of new BTC, PlanB says the S2F model shows that Bitcoin is right on track to hit $100,000 by 2021 — despite its epic rollercoaster ride, its chorus of detractors and plenty of skepticism regarding its ability to become a bona fide “safe-haven” asset.

PlanB, who says his full-time job leaves evenings and weekends open for tweeting, holds an economics degree in quantitative finance and a law degree. While working in banking during the dotcom boom, he saw the bubble burst first-hand. He also reveals that he and his colleagues who worked in banking back in 2008 and were “close to the fire” were not completely surprised by the systemic failures that led to the global financial crisis.

“What was a surprise was what the central banks did after that: the quantitative easing that started and the very low and even negative interest rates in Europe. I experienced that from my job on a day-to-day basis. But it also made me question the system. And it also made me look for hedges and alternatives – plan Bs, if you will — for the assets that we had on the balance sheet. That’s how I came across Bitcoin.”

PlanB says he turned to Twitter for information on crypto after making his first BTC investment in 2015.

He now says that his colleagues at the company are also holding Bitcoin, although they have not invested in it for their institutional clients.

“Ninety percent of my colleagues have Bitcoin, especially the quants. But also the investors themselves. But there’s a big difference between investing your own money and investing someone else’s money, which is basically what we do professionally. If you manage someone’s pension money, Bitcoin is not the first thing, maybe, you think about, although I think there could be a very nice fit. But the main classic assets that we invest in for pension money is, of course, fixed income assets like bonds, mortgages, consumer loans – everything with interest that you need for paying the pension.”

Since Bitcoin doesn’t necessarily fit into the current regulatory capital framework, PlanB says he remains anonymous so that his Bitcoin hobby won’t have a negative impact on his employer.

In the meantime, he says he’s comfortable being a bridge between the exotic world of Bitcoin and the status quo.

“I think it’s a matter of time before you see the first banks and pension companies that have a balance sheet that invest other people’s money to go into Bitcoin. But I do think that the first and the more easy candidates [before pensions] will be funds.”

Instead of holding the “Bitcoin-is-for-criminals” position, he says he tells his colleagues that Bitcoin is an uncorrelated asset, not a safe-haven asset, which is better in his view, because it can go up, no matter what.

By applying the stock-to-flow model – familiar in the gold community – to Bitcoin, he says he’s trying to shape the asset and the investment view in terms that institutional investors are familiar with. He says that the model has been replicated and checked by others, confirming its accuracy.

“Stock-to-flow is an attempt to quantify the digital scarcity invention that Satoshi made…Why does stock-to-flow work? Because it measures scarcity directly, like gold…The scarcer something is, the more valuable it should be.”

PlanB says that there are more exchanges, more on-ramps, more derivatives, options, futures – and these market developments are being reflected in the model.

“It could be that the stock-to-flow is quantifying the underlying network effects in Bitcoin. But another reason is quantitative easing…The central banks have printed trillions of dollars since the start of Bitcoin…That money is used for buying bonds. That helps states of course. But it’s also used for buying mortgages. It could be that a little bit of that money is somehow finding it’s way into Bitcoin, and that Bitcoin measures the increase in money supply, if you will, of all those fiat currencies. I’ve tweeted once that as long as the central banks keep printing, the Bitcoin keeps rising. There could be some truth in that too.

It means there are people who really believe in Bitcoin. No matter what, sometimes. They stick to it, they keep the Bitcoin through crashes, and they’re the real hodlers. You need the hodlers to create a high stock-to-flow value, of course. It’s like companies that prefer very loyal shareholders.”

Regarding the coronavirus or any other disruptive event that could prevent people from moving freely and showing up at the office, PlanB pinpoints the Achilles’ heel of the current financial system: a dependency on central banks, Swift, commercial banks and ATMs to keep operations running.

“So there is a whole network of companies and people and costs, as well, related to the current financial system. I guess in a situation like that [war, pandemic] it doesn’t matter what happens, Bitcoin will relay transactions. It will keep working, even if all the nodes on Earth are gone, because there are also nodes in space. There’s satellites with all the Bitcoin transactions that can relay transactions. If you ask me, I think Bitcoin is made for a situation like that.”

New episode is live with @100trillionUSD!

He reveals that he is part of an investment team that manages approximately $100 billion, while also explaining how the stock-to-flow price model that he invented is getting more accurate over time.