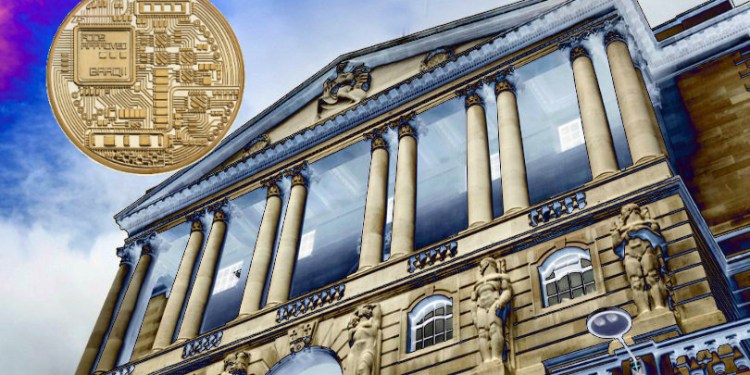 The Bank of England has issued a 57-page report examining how a central bank digital currency (CBDC) could roll out and perform as both a store of value and as a regular form of money powering everyday payments.

The report follows months of discussions by several governments that are reviewing their monetary policies as they explore how to position themselves for the shift to a digital economy. Traditional government-backed money is losing its edge as the most competitive product to store and send value around the world. Traditional procedures face increasing competition from fintech companies, cryptocurrencies and blockchain-based platforms that offer mobile-friendly digital services delivering instant transactions, low fees and cross-border transfers. CBDCs would allow banks to leverage new technology while maintaining control of the money supply and operating alongside cash and commercial bank deposits.

“A Central Bank Digital Currency would be an innovation in both the form of money provided to the public and the payments infrastructure on which payments can be made. At the moment, the public can only hold money issued by the Bank in the form of banknotes. Only commercial banks and certain financial institutions can hold electronic central bank money, in the form of ‘reserves’ held in the Bank’s Real?Time Gross Settlement(RTGS) service. Unlike banknotes, CBDC would be electronic, and unlike reserves, CBDC would be available to households and businesses. CBDC would therefore allow households and businesses to directly make payments and store value using an electronic form of central bank money. For this reason, CBDC is sometimes thought of as equivalent to a digital banknote, although in practice it may have other features depending on its final design.”

“We’re interested in CBDC because this is a period of significant change in money and payments.”

Although BoE  has reached no formal decision on launching a CBDC, the central bankers say that such a currency would be denominated in pounds sterling.

According to the Bank,

“To develop the illustrative model of CBDC presented [above], we have thought through its economic characteristics (as a new form of central bank money), the functionality and technology used to power a CBDC payment system, and the possible roles of the central bank and private sector in providing parts of the CBDC ecosystem.”

Along with several opportunities for new types of platforms based on CBDC, the authors indicate plenty of risks.

“If significant deposit balances are moved from commercial banks into CBDC, it could have implications for the balance sheets of commercial banks and the Bank of England, the amount of credit provided by banks to the wider economy, and how the Bank implements monetary policy and supports financial stability. Nonetheless, CBDC can be designed in ways that would help mitigate these risks.”

Mark Carney, Governor of the Bank of England, says efforts to build a CBDC, if formalized, would require a light touch while also moving forward to address the “revolution” that’s shifting consumer behaviors and affecting attitudes towards money.

“It is now time to look further ahead, and consider what kind of money and payments will be needed to meet the needs of an increasingly digital economy. We are in the middle of a revolution in payments. Banknotes — the Bank’s most accessible form of money — are being used less frequently to make payments. At the same time, fintech firms have begun to alter the market by offering new forms of money and new ways to pay with it. These developments create major new opportunities, present some new risks, and raise a number of profound questions for the Bank.”

The public is invited to comment on the paper until June 12, 2020. You can check out the full report here.