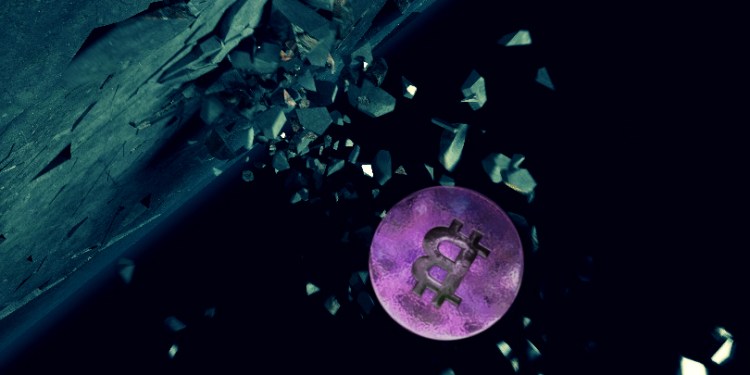 The Dow Industrial Jones Average nosedived in its largest single-day point drop in history, down 13% or nearly 3,000 points. The market sell-off from last week continued, unfazed by the Federal Reserve’s aggressive intervention on Sunday – slashing interest rates to near zero in an effort to slam the brakes on a crashing economy. With no safe haven in sight, Bitcoin and the cryptocurrency markets have also spiraled, posting a sea of red, as the leading cryptocurrency currently trades at $4,970.

With miners exiting the network as Bitcoin mining pools become increasingly less profitable, analysts are looking for a bottom, which is difficult to target given the global macroeconomic outlook and the unpredictability of the pandemic.

Chris Burniske, a partner at venture capital partnership Placeholder, is expecting more turbulence before the turn-around.

“Once the world has stabilized, I do expect BTC, ETH and quality cryptoassets to be some of the fastest recovering assets out there, but we’ve got a tunnel to navigate before then.”

Burniske tells his 121,700 followers on Twitter that people are asking him to call Bitcoin’s bottom.

Burniske points to Bitcoin price action from August to November of 2015 when BTC floundered before eventually breaking the 200-week moving average and setting up the next bull run. But at that time there was no global pandemic pressuring the markets.

“For many reasons, 2020 is rougher than 2015. And let’s face it, the world has bigger problems than bitcoin’s bottom at the moment. But the next really strong support I see is our last bottom (low $3000s). Futures were offered around there in size last Thursday, and if there’s more bad news for the world ahead (there is), BTC is unlikely to be spared.”

The free-fall continues as coronavirus fears mount. US cities from New York to Los Angeles to San Francisco and Chicago are shutting down. Health officials around the world have implemented mass quarantines and lockdowns in several countries including Italy, China, El Salvador, New Zealand, Poland, Ireland, Denmark, Spain and France due to an exponential uptick in the number of cases, particularly in Europe and most notably Italy.