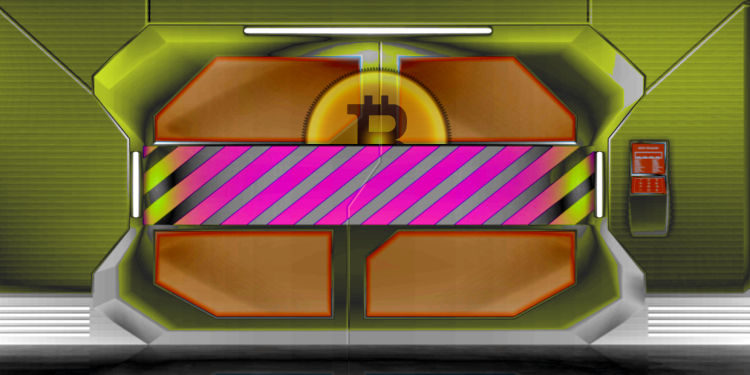 In an interview with Interfax, Alexei Guznov, director of the central bank’s legal department, says the Bank of Russia is moving to impose restrictions on Bitcoin and other crypto assets due to inherent risks.

According to Guznov, the central bank of Russia has finalized a draft of the country’s bill on digital financial assets, impacting Bitcoin and cryptocurrency.

We are opposed to the fact that there are institutions that organize the release of cryptocurrency and facilitate its circulation. But if a person who owns, conditionally, bitcoins, completes his transaction in a jurisdiction that does not prohibit this, we are unlikely to be able to limit it to this.”

Guznov cites a scenario in which a married couple jointly owning Bitcoin decides to divorce. He says problems can arise in terms of enforcing how the digital asset would be split and how the courts could enforce such a ruling since Bitcoin is designed to be censorship-resistance and grants people (or the person with the private keys) full control of the asset.

“The problem of cryptocurrency and generally crypto assets (and this is not only our problem) is that it is not very clear how to ensure the enforcement of judicial decisions. For example, a spouse buys crypto assets for the entire amount of income and stores them in a crypto wallet. A dispute arises regarding this property, within the framework of, say, a divorce proceeding, and the court says, ‘Yes, all proceeds must be divided.’ The court is even ready to issue a writ of execution.

And then I look at the bailiff, who, on the basis of this writ of execution, will try to do something. But where to go, to whom, with what? Obligate a person who has keys to access a crypto wallet to provide an access key? Theoretically, it is possible, but you can say, ‘Oh, forgot. Oh, lost.’ Unfortunately, a lot of crypto assets are already in wallets that have lost access keys, and this in itself creates problems.

We could not ignore this, and therefore, the project involves obliging the operator of the information system where the release of digital financial assets will be carried out and, if necessary, providing access to them. Technologically, as colleagues say, this is possible, although maybe this is somewhat inconsistent with the ideology of the notorious Bitcoin, which is based on anonymity and on the fact that no one except the owner can access the corresponding conditional property in the form of bitcoins, which are in a wallet.”

The bill, first introduced two years ago, clarifies support for digital assets such as securities, as opposed to digital currencies. It defines the basic infrastructure for issuing and circulating digital financial assets, organizing information system operators and exchange operators, and regulating these institutions and their managers.

Guznov also says that there is the possibility of issuing digital financial assets secured by property and using stablecoins to move value and money between parties.