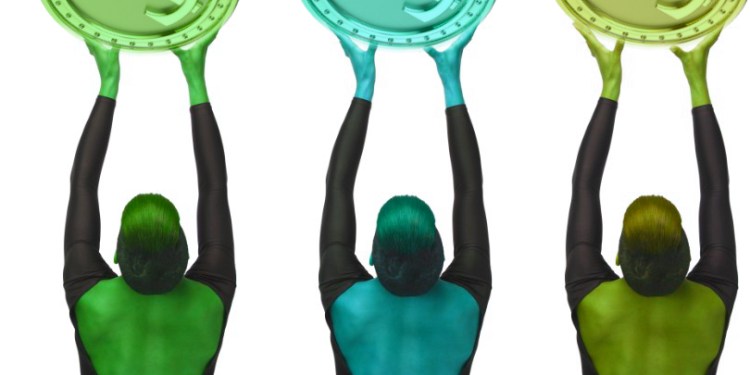 The idea of the US government handing out free cash, dismissed as a wishful fantasy before former presidential candidate and Bitcoin supporter Andrew Yang appeared on the political stage, is taking root.

Yang is an advocate for “universal basic income” – the notion that Americans should receive $1,000 each month from the government.

The concept may now be gaining real traction in the wake of the coronavirus outbreak, which is set to ravage the economy by displacing workers and travelers, shuttering entire cities and countries, and wrecking Wall Street. The Trump Administration appears to be taking a cue from the UBI playbook, without explicitly stating that cash-handouts would become long-term or permanent. Right now the goal is urgent: get Americans over the immediate hump of the economic blow.

As to whether the administration would impose any restrictions on recipients, Mnuchin adds,

“I think it’s clear we don’t need to send people who make a million dollars a year checks. But we like — that’s one of the ideas we like. We’re going to preview that today and then we’ll be talking about details afterwards.”

The government is reportedly planning to get payments underway in two weeks, possibly for the duration of the economic disruption caused by the spread of the virus.

Mnuchin also announced that the Internal Revenue Service will allow Americans to defer up to $1 million in payments for 90 days without incurring interest or penalties. That figure goes up to $10 million in IRS payments due from corporations.

“I think we’re going to do something that gets money to them as quickly as possible. That may not be an accurate way of doing it because obviously some people shouldn’t be getting checks for $1,000. But we’ll have a pretty good idea by the end of the day what we’re going to be doing.”

The global pandemic is shining a new lens on joblessness, which appears to be moving at warp speed with lay-offs being announced across several industries, from retail to travel to hospitality. According to a report by CNN, more than half of American jobs are at risk due to coronavirus, with analysts predicting that the odds of a global recession are creeping up on 100%.

Thought leaders, celebrities and politicians are all weighing in on the timing of introducing UBI now, with Senator Mitt Romney urging politicians to open the door to a “one-time check”.

“If ever there was a time, a Golden opportunity, to look seriously at the concept of Basic Income Guarantee (yes, Andrew Yang), it is now. Covid-19 has done to the economy in one month what automation and AI has been slowly doing for the last few years.”

“When he ran, Andrew Yang argued that the social safety net wasn’t up to the challenge of a real crisis, and that tying our survival to employment was short-sighted. Now we see lawmakers from across the aisle endorsing universal basic income.”

Senator Mitt Romney tweeted his support for American workers amidst a major cash infusion and emergency measures for the financial markets.

“While the Senate should act swiftly on the House relief bill, we also need to work urgently on additional COVID19 response measures to help families and small businesses. My proposals:
Romney Calls for Urgent Action on Additional Coronavirus Response Measures

Every American adult should immediately receive a one-time check for $1,000 to help ensure families and workers can meet their short-term obligations and increase spending in the economy.”

“GOP & Democrats are both coming to the same conclusion: Universal Basic Income is going to have to play a role in helping Americans weather this crisis. Ro Khanna and Tim Ryan’s proposal goes up to $6,000/month, depending on need. Mitt Romney just came out for a flat $1,000 universal.”

“I’m incredibly excited by the fact that our government seems like they’re on the cusp of doing the common sense thing to help people get through this coronavirus crisis by putting cash straight into a family’s hands.

This is something we actually can implement immediately, in a powerful way, that will improve millions of Americans’ lives and make us stronger and healthier from day one.”