by Demetrios Zamboglou
in HodlX 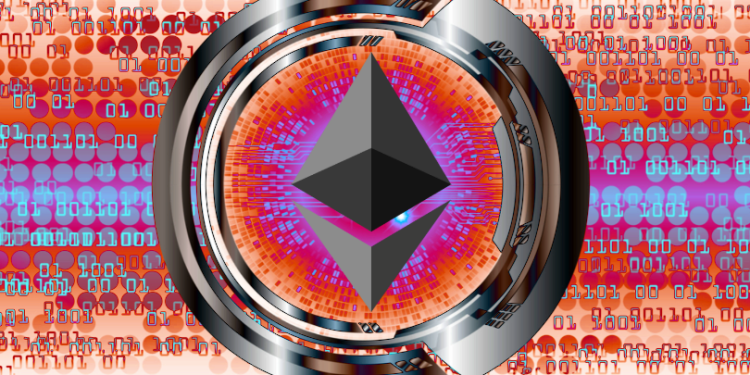 Ethereum’s blockchain was proposed in 2013, and by 2015, the system went live. This is a decentralized blockchain that allows developers to build smart contracts and decentralized applications (DApps) upon it. Ethereum also has a native asset, Ether (ETH), which is the second-largest cryptocurrency based on market capitalization.

On the other hand, the Ethereum roadmap 2020 shows that this blockchain is currently in its last phase of development. This phase is called Serenity, and it will lead to the launch of a new Etheruem blockchain, Ethereum 2.0. The latter will be revamped with several features including proof of stake (PoS), sharding, a new Ethereum Virtual Machine (EVM), new rewards mechanism, etc.

The Serenity stage is aimed at making the Ethereum blockchain faster, scalable, and better. Blockchain software technology firm ConsenSys claims Serenity is the “eventual and final iteration in Ethereum’s evolution,” and it will be guided by five design principles. These principles are simplicity, resilience, longevity, security, and decentralization.

Accordingly, the Serenity roadmap shows a list of planned major network upgrades for the Ethereum ecosystem. These are:

Let’s take a look at each of these.

Accordingly, the major difference lies in the fact that Ethereum 2.0 will use the PoS consensus algorithm (Casper) instead of the PoW consensus mechanism (Ethash). With PoS, the blockchain tracks a set of validators that take turns to propose and vote for the next valid block. Also, those who own ETH can become validators just by sending a certain amount of their funds to be locked up in deposit or staked.

On the other hand, PoS fosters honesty among validators on the Ethereum blockchain. This is because validators (node holders) earn rewards (depending on how much they had staked) each time a block is accepted by the majority. In contrast, they can lose their funds if the majority rejects the block they had staked on.

ETH2, a new Ethereum native asset, will also be created on the beacon chain and used to reward validators. What’s more, this phase requires that two-thirds of validators must deposit 32 ETH on the next block. Generally, the three main responsibilities of the beacon chain are:

In 2019, Vitalik Buterin, Ethereum’s co-founder, noted that scalability is a set back to Ethereum’s adoption. According to Buterin, higher scalability would greatly reduce the cost of using the Ethereum blockchain.

Sharding, on the other hand, deals with parallel transactions, storing, and processing of information. Hence, it can potentially improve the scalability of the new Ethereum blockchain. What’s more, sharding involves increasing the number of transactions that can be processed by the network at a time. In this case, the network will be divided across multiple shards.

Consequently, several transactions will be processed at the same time. On the other hand, there will be 64 shard chains in the first phase of beacon chain, and more may be added over time.

eWASM is believed to offer improved performance over EVM. It will enable the support of smart contracts, accounts, and states on the new blockchain. Smart contracts will also be written in different languages other than Solidity. eWASM is set to launch in 2021 even though development has already begun.

Ethereum 2.0 may have been launched, but like any other system, there will always be a need for updates and fixes. The continued improvement stage has been solely designed to handle general and continuous improvement of the protocol in a bid to meet the growing demands of the new blockchain.

According to ConsenSys, the following will be implemented:

The Ethereum blockchain has been relied upon by investors to transact, and developers to build their applications. However, Ethereum 2.0 will bring something different to the table – from the use of a PoS consensus algorithm to scalability and finally, smart contract integration. Therefore, it makes the Ethereum ecosystem a more promising one.