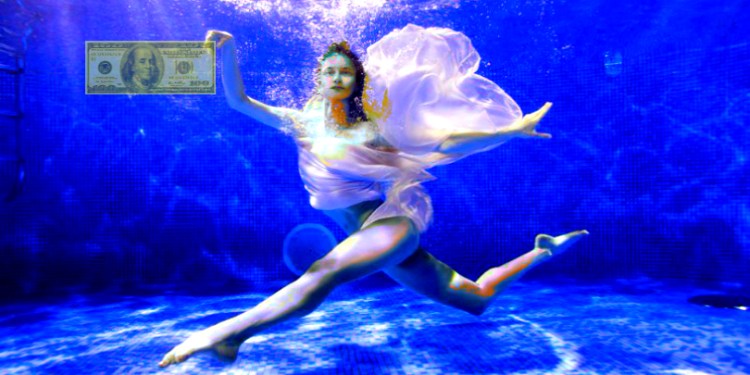 Tech titan billionaire and Bitcoin skeptic Mark Cuban is calling on government officials to execute a smart fiscal plan that protects taxpayer dollars and supports American workers who are being hit hard by the pandemic.

As the Trump Administration puts together a trillion-dollar stimulus package, with the Senate passing a multi-billion dollar emergency plan on Wednesday that designates $500 billion in direct cash payments to Americans starting April 6, Cuban says the US government needs to get it right.

“Getting money into the system is a function of the Fed, and they’re obviously taking those steps right now. Two is when there’s a bailout. When there’s a bailout, and the government comes in and offers assistance to an organization or a public company is particular, whether it’s an airline – whatever it may be – there are most likely going to be steps taken by the company (and historically this is what has taken place) where they reward the executives. They reprice their options. They give them more stock. They give them options – whatever it may be.

Whatever it is that a company does for their executives, they should be required to proportionately do the same thing for everyone else that works for the company. Period, end of story – part one.

Part two, no buybacks. Not now, not a year from now, not 20 years from now. Not ever because effectively you’re spending taxpayer money to buyback stock. And to me that’s just the wrong way to do that.”

"No buybacks. Not now, not a year from now, not 20 years from now. Not ever." @mcuban on attaching terms to companies that need a government bailout during the #coronavirus outbreak. pic.twitter.com/MDzbWF2wFm

Sorkin, who chronicled the 2008 financial crisis, says the best stimulus plan would include “bridge loans”. In a New York Times op-ed, Sorkin writes,

“The government could offer every American business, large and small, and every self-employed – and gig – worker a no-interest ‘bridge loan’ guaranteed for the duration of the crisis to be paid back over a five-year period.”

Companies receiving such loans would be required, he writes, to ensure that they retain 90% of their work force to reduce the threat of job loss, with workers maintaining their salaries while they stay at home.

With interest rates near zero, Sorkin argues that there’s no better time to launch bridge loans, easing nerves and soothing fears over bankruptcy and unemployment, despite a hefty $10-trillion price tag to execute the plan.