Blockchain and Decentralization Are the Future of Network Security and Privacy 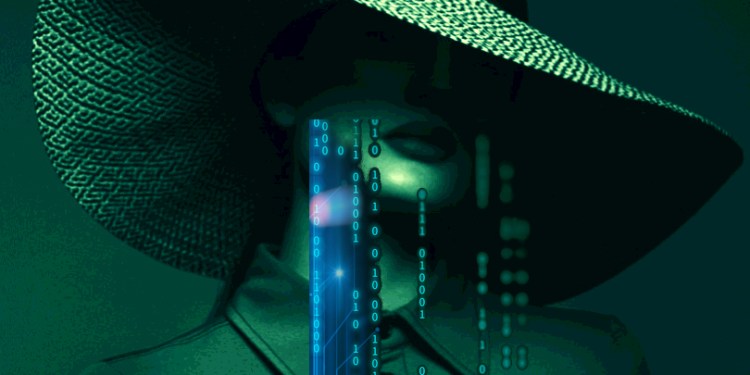 The problem of privacy and security on the internet is becoming increasingly important. To ensure privacy, traditional centralized solutions can be used along with innovative ones – blockchain-powered decentralized tools.

Today there is a rapid growth of decentralized applications (DApps) that are becoming more user-friendly and reaching a high level of functionality. In particular, DApps that can be installed on a hi-tech gadget to increase privacy can be demanded in the market. However, to better understand how the market changes and to predict trends for the near future, it’s important to look at last year’s statistics.

Generally speaking, at present three groups are engaged in guerrilla warfare over privacy and internet anonymity. These are government agencies, cybercriminals (hackers) and ordinary internet users, who sometimes – intentionally or accidentally – provide Facebook with all the personal information, and then complain to Facebook about it.

Unfortunately, sometimes it’s the users who are the source of their own troubles – regular use of simple and popular passwords becomes the reason for hacking social media accounts and emails.

The level of concern is growing, so is internet literacy. Services like Last Pass can make life a lot easier. However, the question arises: how secure is centralized password storage? The answer will be given when addressing the topic of decentralization.

These statistics reflect the number of internet users worldwide by region (Latin America, the Middle East, Africa, BRICS countries, etc.) that are increasingly concerned about internet privacy, especially when comparing the data with the last year numbers. As can be seen in the graph, 39% of European users were much more concerned about their privacy on the Internet than a year ago. Overall, 53% of internet users worldwide agreed that a year ago they were less worried about this issue.

Meanwhile, let’s not forget about the responsibility of every internet user to society and remember that privacy and confidentiality do not imply lawlessness and permissiveness. Governments must remember that protection of the rights of one group of people cannot be done through infringing on the rights of others. If drug dealers used Bitcoin in the past, this does not mean that all Bitcoin enthusiasts do the same. However, such precedents undoubtedly cast a shadow over the entire community.

J.R. Forsyth, founder of Onfo, a blockchain project based on the “network mining” model, believes that the social aspect is very important for the security of the internet in general and data in particular. He said,

“The social responsibility of everyone is a criterion for the development of society and demonstrates its involvement in social processes. Without a doubt, this is exactly what will allow us to improve many mechanics, whether it’s the issue of user privacy and data security or network marketing systems.”

In general, the concern is understandable. Threats to personal data security have grown in connection with technological advances in the 21st century. Now there is a movement towards a more open, transparent and secure use of the internet, as well as towards active actions to protect personal data. For example, many users opt for VPN, TOR and sometimes use them together as a comprehensive security system.

A virtual private network (VPN) is a tunnel infrastructure between two messages. A VPN essentially gives the user an IP address different from the one that is originally used. It looks as if the user is online from a different geographic location. This is especially useful for accessing censored or inaccessible sites in some countries. Notably, while most VPNs are designed to provide security and privacy, there are still centralized issues that need to be addressed when using traditional VPN services.

Traditional VPN servers are hosted by a particular company which controls all the data. These servers are controlled by a commercial organization that charges subscription and bandwidth fees. Even worse, local regulations permit the disclosure of subscriber data. This means that there is a high probability that these companies also store the user’s personal data. As a result, no central server is secure and can be vulnerable to hackers. Thus, when using centralized VPNs, it is difficult to claim that privacy and security are enhanced.

A decentralized VPN doesn’t depend on a single centralized server. That is why such a system becomes more fair, secure and confidential. The way that data is written to the blockchain embodies the very meaning of decentralization.

Basically, a decentralized VPN combines the traffic of many computers and exchanges data using a peer-to-peer system. Thus, each computer acts as a server.

The fact is that blockchain technology allows network nodes to make decisions that affect VPNs. This means that decentralized VPNs cannot be hacked since it requires each network node to be hacked for getting access to the system.

By the way, if you are thinking of VPN integration but can’t choose among the number of tools that are available now, it is worth paying attention to the ranking of the safest and most convenient VPNs in 2020.

Not only the internet

The subject of security and confidentiality is extremely extensive. For example, cellular communications is also an area with a number of vulnerabilities. Today the community is witnessing the growth of private communications startups that offer solutions aimed at maintaining the confidentiality of phone calls and internet connections as a part of the GSM system (Global System for Mobile Communications).

Simply put, it is about private cellular companies. Among services offered by such companies are a ban on tracking user location; random routing; outgoing call number substitution; anonymous communication with followers; modification of voice messages and/or voice; a virtual phone number rent for incoming calls, etc.

However, users should always remember that everyday use of VPN connection will be much more expensive than the use of services offered by traditional mobile operators. Besides, it is not entirely clear how law enforcement agencies will react to the popularization of the VPN tools.

To date, the protection from digital giants’ control can only be avoided by completely disappearing from digital space. The question is whether it is possible in the current conditions without loss of quality and speed of communication, service, and life in general.

Given that more than 50% of Americans think that surveillance of their gadgets by intelligence agencies for no apparent reason is unacceptable, there is no better time than now to think about privacy while you still have it.

In order not to jeopardize your data, a blockchain-based decentralized VPN is the smartest way to securely communicate on the network thanks to the magnitude of the potential security and reliability available with this technology. Since the information is not stored in one central place, hacking becomes practically impossible for cybercriminals. After all, when information is recorded in a blockchain network, it cannot be modified or deleted. Thus, unauthorized access is excluded.

This is no longer just a theory and technology of the future. Decentralized VPNs, devoid of the disadvantages of centralization, are available already now. For example, in the fourth quarter of 2019, the first decentralized VPN was released by Tachyon and now is available on MacOS, Google Play and iOS. The secret lies in a decentralized distribution and processing of data by servers that are distributed around the world and operated by different people.

Another example is Debrief solution aimed at improving security and privacy in the B2B segment. It is noteworthy that it was founded by Jeff Pulver,  co-founder of Free World Dialup and Vonage, among other companies, who gave the world the opportunity to use WhatsApp and Telegram messengers for free.

In addition to these solutions, more than 2,217 active DApps are available on the market, of which more than half (1,445) were developed in 2019. According to Dapp.com, there are about 1.4 million active DApp users and more than a million of them are new users, that is, they have never used any DApps before. Perhaps these figures clearly demonstrate the growing interest in decentralized solutions around the world.