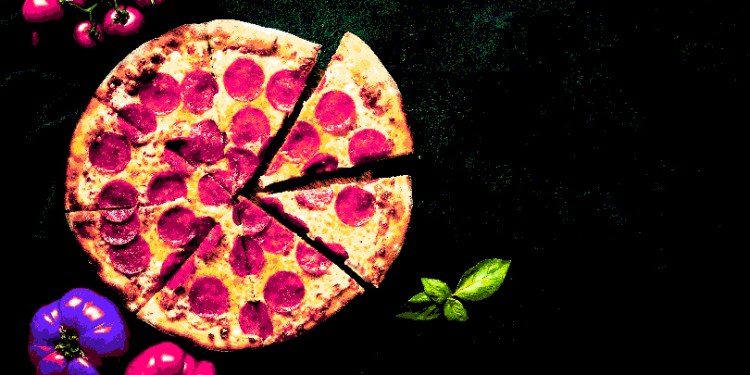 The crypto community is lighting up with a viral tweet posted by crypto entrepreneur Jason A. Williams.

The Morgan Creek Digital co-founder and partner points his 28,000 followers to a simple pizza comparison that highlights the sharp decline in oil prices against a backdrop of topsy-turvy markets, stimulus packages and a global economy that’s reeling from the effects of the pandemic.

A barrel of oil is cheaper than a large pizza with pepperoni.

US oil prices have nose-dived, dropping to their lowest level since 2002.

According to Goldman Sachs, analysts are tracking a 25% drop in global oil demand that they project will change the face of the world economy long after the coronavirus pandemic subsides.

In a research note published on Monday, Goldman analysts state,

“Not only is this the largest economic shock of our lifetimes, but carbon-based industries like oil sit in the cross-hairs.”

The analysts say that the global lockdowns affecting millions around the globe are having a disproportionate hit on the oil sector as industries grind to a screeching halt, reports CNBC.

“With social distancing measures now impacting 92% of global GDP, the ultimate magnitude of these shut-ins which is still unknown will likely permanently alter the energy industry and its geopolitics, restrict demand as economic activity normalizes and shift the debate around climate change.”

The report mulls how world leaders might attempt to rescue the market.

“Now the question is: can the U.S. and OPEC save this market?…

The demand shock has become so large that they can’t do it alone, a fact they have acknowledged, stating that a balanced market would require a coordinated global production cut — a policy which appears impossible at this point, too late to stop the current surplus and far below other initiatives on the agenda right now…

The silver lining of the corona crisis is that the virtual shutdown of key carbon industries — autos, airlines and cruise ships — is likely to cause carbon emissions to fall this year, with initial data from China pointing to a circa 20%+ fall during the peak of the shutdown.”

Bloomberg reports that Saudi Aramco may sell a stake in its pipeline business to combat the downturn and raise cash as oil prices sink to around $20 per barrel.

Meanwhile, crypto enthusiasts are looking for signs that Bitcoin and other digital assets will continue to perform, while traditional markets endure unprecedented pressure and the central banks roll out historic stimulus packages to throw a lifeline to corporations, small businesses and individuals.

Cryptocurrency analyst PlanB, who popularized the stock-to-flow model to predict the price of Bitcoin, notes that the world’s leading cryptocurrency was born during a similar meltdown in oil prices.

“Oil below $20 … back at 1990’s level. Note the steep drop in oil price during the 2008 Global Financial Crisis. Bitcoin was born at that very moment. Compare with now.” 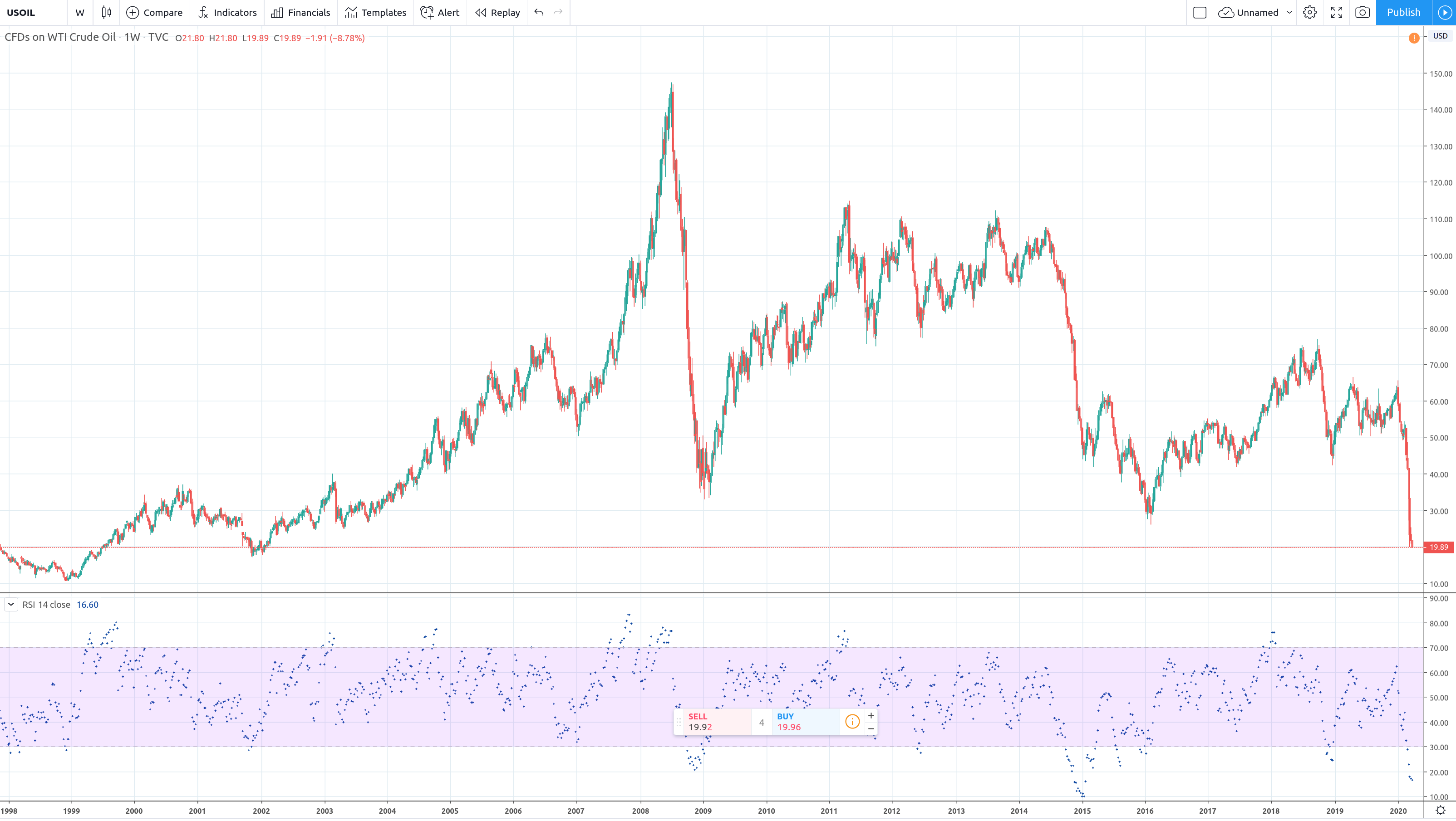 Crypto and pizza last collided back in 2010, when “Bitcoin pizza guy” Laszlo Hanyecz traded 10,000 Bitcoin for pizza when BTC was worth less than a Bitcoin. The leading cryptocurrency is currently trading at $6,342, up 3.84% in the last 24 hours.