Why Is Gold Such a Valuable Asset?

by Michael Kuchar
in HodlX 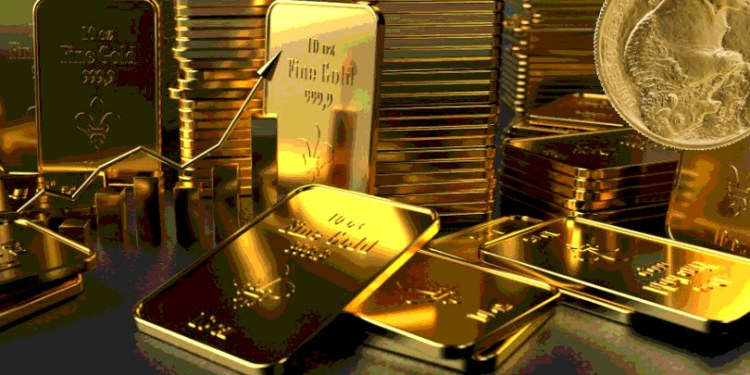 From times immemorial, gold has held its place – head and shoulders above other metals. Gold has a fascinating history and a special place in the hearts of many. It has been used as a currency and standard for global currencies, as an ornament for kings, a symbol of victory in competitions, in marriages and religious ceremonies, as well as in the field of medicine, and in a wide range of electronic devices.

Ancient civilizations used gold to decorate temples and tombs, and there are several religious institutions, like the Golden Temple in Amritsar, Punjab, that are cast in gold. There is no doubt that gold is a global entity, depicting power and royalty – yet what makes gold such a valuable asset?

Careful examination of the periodic table brings to light that gold was chosen as a metal of value, repute and royalty, based on science. Noble gases and halogens were never going to make it as a currency, so let’s put them aside, and move on to liquid elements.

Mercury and bromine cannot be used as a currency, as they are poisonous. Arsenic, and other poisonous elements too, can be struck off the list of contention. Alkaline and Earth metals are too reactive, and an explosive currency will only bring about trouble.

Radioactive elements can lead to cancer, and several nasty conditions, hence their use does not spark any interest as well. Moving on to rare Earth metals, while most are not as rare as gold, distinguishing one from the other is quite difficult (chemically), hence someone could go on to dupe you, and provide you with counterfeit currency – which is why they’ve been stricken from the list of possibilities. This leaves us with transition and post-transition metals. This group consists of 49 elements, of which most have severe drawbacks.

Tough and durable elements like titanium and zirconium are too hard to smelt. Aluminium is difficult to extract, and too flimsy a metal to be used for coinage. Most other elements in these groups are not stable, and corrode at the slightest of exposure to water or oxygen. Iron, for example, is attractive and looks great when polished, yet its problem is the fact that it rusts. No one wants a coin which is rusted and prone to corrosion. This leaves us with eight possible options – noble metals.

According to this commodity guide, both gold and silver have a relatively low melting point, making them ideal to turn into coins, jewelry and ingots. Both are scarce in nature, yet not impossibly rare. The problem with silver is that it tarnishes – it reacts with minute amounts of sulfur, present in the air.

This is why we place a particular value on gold, and this is why it is so prized. Gold is chemically uninteresting, making it our metal of choice.

Gold and silver were initially chosen as the preferred currency method for several cultures around the world. Despite us moving on to paper currency, and of late, digital currencies like Bitcoin and Ethereum, it remains sought after, centuries after its inception. Global economics was once tied to the standard of gold, and the amount of money one possessed, could in turn be traded in for gold bullion. The decided-upon value of gold became a linchpin for global trade, and economics as a whole.

Gold is difficult to mine, and it is quite rare in nature. The process of extracting gold, purifying it, and shaping it into ornaments drives its price up. Its rarity in supply, in turn, affects its price. If its demand is high, the price of gold will rise. Similarly, if its demand decreases, its price will dip.

As of March 25, 2020, the price of one gram of gold is $51.65. Notwithstanding the effect that silver once had in the scheme of things, gold rules supreme. Silver had its fair share of moments as well. In fact, there was a time when silver was just as sought after and precious as gold.

The silver standard too, was an idea in the past, which essentially means that a certain amount of silver could be exchanged for gold, or paper currency. Imagine that. Eventually, the discovery of large silver mines affected its price and ruling standard. The currency became inflated, and it deflated way too rapidly for it to be deemed reliable.

Global powerhouses like the United States and China have gold in abundance. China has been hoarding gold for years now, gold being the superpower it is. Gold is a valuable asset, and will remain so.