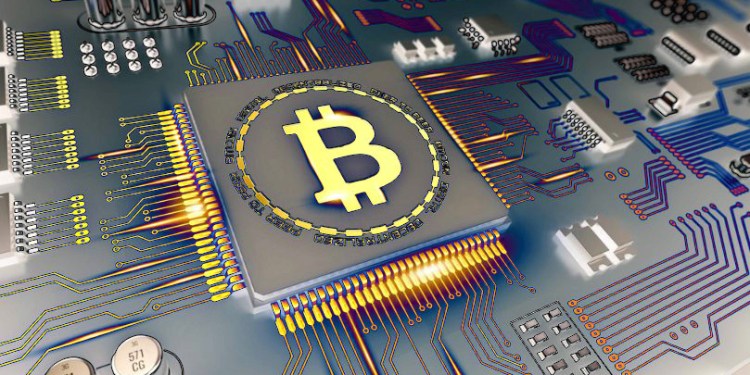 Researchers at Deutsche Bank are predicting that in addition to the far-reaching consequences that the coronavirus pandemic will have on the global economy, it may transform how central banks interact with money, forcing a pivot to digital cash.

On April 3rd, Germany’s largest bank tweeted an image of a Bitcoin symbol at the center of a digital network linking several fiat currencies including the euro, the yen, the British pound and the US dollar.

According to the researchers,

“The COVID-19 pandemic is accelerating the rise of central bank digital currencies as many governments see the handling of cash as a potential risk factor. This will likely add to calls to move towards digital cash according to our Deutsche Bank Research colleague…

The bank’s researchers reference an article entitled The COVID-19 Cash Out, co-authored by Marion Laboure, a macro strategist at Deutsche Bank; Juergen Braunstein, a fellow at Harvard’s Belfer Center for Science and International Affairs; and Sachin Silva, a doctoral candidate and fellow at Harvard.

The authors of the cash-out report state that the pandemic’s silver lining could be a move toward ditching physical cash and adopting digital currencies.

“In fact, COVID-19 might turn out to be the catalyst that finally brings digital payments fully into the mainstream. Not surprisingly, the digital-payments industry is already focusing on the opportunities created by the crisis.”

The crisis is projected to steer Britain’s economy toward its greatest recession in a century. In a research note issued on Monday, Deutsche Bank says the economic jolt from lockdowns could spark a record 13% drop for the UK economy in the second quarter, reports Reuters.

“For now, we expect growth of COVID-19 cases to peak by around mid-April. Should this prove optimistic, the hit to the economy will likely be more acute than anticipated.”

As central bankers try to navigate the fallout and weigh new ways of moving money around the globe, some industry leaders warn that a move toward digital currencies is troublesome.

Meltem Demirors, the chief strategy officer at CoinShares, says cryptocurrency enthusiasts should think twice before praising a digital dollar that could give the US government a direct pipeline to private financial data.

“It’s no surprise that France has also thrown its hat in the ring to be the first to create a CBDC (central bank digital currency). Since China’s announcement, global powers seem to be starting to recognize the inherent advantages of crypto. A country which can correctly implement a CBDC will benefit from a currency which is totally borderless, efficient and immutable.

One thing banks need to be careful of is centralizing these currencies out of existence. The founding principal of crypto was decentralization, so banks need to ensure they don’t lose sight of the benefits associated with decentralization, otherwise they risk pouring valuable time and resources into simply creating another fiat currency.”