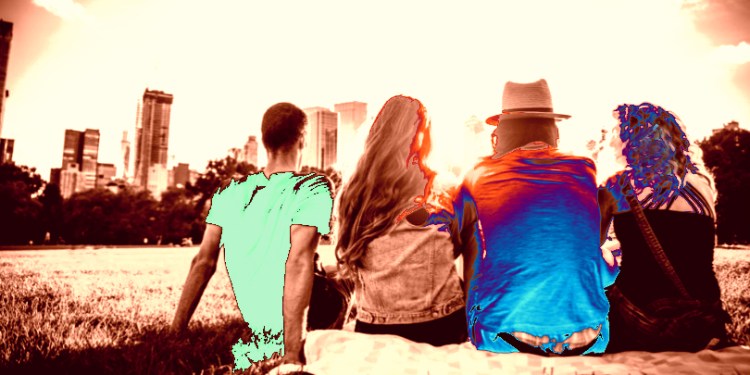 In a Squawk Box podcast released today, host Becky Quick speaks with Microsoft co-founder Bill Gates on the road ahead once the exponential coronavirus curve begins to flatten.

Gates, who has been studying deadly pandemics for years, warned in 2015 during the Ebola outbreak,

“If anything kills over 10 million people in the next few decades, it’s most likely to be a highly infectious virus rather than a war. Not missiles but microbes…

You can have a virus where people feel well enough while they’re infectious that they get on a plane or they go to a market.”

Now the billionaire philanthropist, who calls the Covid-19 coronavirus “the nightmare we’ve all been talking about” and whose foundation is allocating $100 million to fight the disease, is trying to identify the moment in time when life can return to normal – or the new normal.

“Until we can say to people that we’re tracking this thing so well that actually going out to your job, to a car factory, to a construction site – that those are safe enough – until we get there, which we’re absolutely not, no one should think the government can wave a wand and all of the sudden the economy is anything like it was before this happened…

All the countries that have substantial epidemics now have to think, ‘Ok, once you get down the absolute level, before having a vaccine, what kind of activities should we reengage in?’

Probably manufacturing. We can do probably construction, we can do – hopefully because of the number of young people involved – we can do education.

But we’re going to have this intermediate period of opening up, and it won’t be normal until we get an amazing vaccine to the entire world.”

And Gates means a vaccine that can reach all 7.7 billion people on the planet.

Although President Trump says he wants to get the country back to work sooner rather than later, Gates’s timeline for a bounce back to productivity, which relies on the country getting its act together in terms of widespread testing and complying with lockdowns, points to end of May/early June for some type of economic reboot.

Despite a widely-held belief that the economic slowdown is far more damaging than the disease itself, Gates says behaviors have changed. Even if restaurants, hotels and airlines were back in full swing tomorrow, that doesn’t mean that people would want to engage. What people want to hear is that activities are safe. And without a vaccine for the entire global population, which Gates confirms could take 18 months to produce, a return to normal is not imminent.

“Therapeutics could come a lot sooner, things like manufactured antibodies, using the blood of recovered patients in order to help treat people who are just getting sick. There’s enough of them that in aggregate, I’d say, it’s very likely we’ll have those interventions in the four-to-six-month time frame. But how much that will cut the death rate and these overloads is still a bit uncertain. That comes quicker than the large-scale vaccine availability.”

While Gates believes there’s a path to beating the 18-month projection for a vaccine to address the highly contagious coronavirus and its mortality rate of 1-1.2%, he cautions against creating unrealistic expectations.

As for asymptomatic people and their role in spreading the virus, Gates underscores the importance of having good data.

“It’s very unlikely there’s a lot of asymptomatics who never become symptomatic, and yet, they’re infecting people… We need to know that number because that deeply affects rebounce when opening up. And there is some data that suggests it’s not a gigantic number. But [it’s] very, very important to pin that down.”

Gates says the aftershocks will be profound.

“There are whole industries that are going to have reduced demand even after supply comes back. Capital spending – cars, houses, all those things – it’s hard to think the general animal spirits will be anywhere near what they were before this got started. But I haven’t mapped that into what it means for the market.”

As for students returning to school in the fall and the timeline on people heading back to stadiums, airplanes and hotels, Gates says it’s an ongoing analysis. The crux is determining which activities are vital versus those that are not.

“I mean, maybe, to kick off a discussion about this — what opening up looks like, which is, at the earliest for the US, I’d say, is at the end of May. But the discussion of which activities bring societal value and how much risk of rebound they bring, that’s something everybody should participate in. I’m starting to write my thoughts about that over the next week. I don’t think going to big, say, public sports types events – that the economic benefit relative to risk – that will work out until we’re back in normal times.

I do think manufacturing, construction, schools – where you adopt protocols that are helpful there… really, how do you draw that line for that period that’s going to be longer than we want it to be. Eventually, the government is going to have to take all the expert input and create a new regime for what’s going on that’s extremely sensitive to how well it’s working through the quick-turnaround, prioritized testing.”
You can listen to the full podcast here.