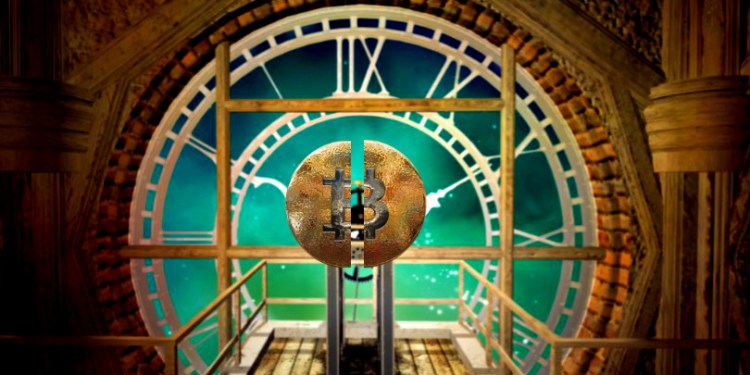 The Bitcoin halving countdown has reached the one-month mark with estimates targeting 29-31 days left to go. The halving event will reduce the amount of new Bitcoin entering the circulating supply by dropping mining rewards by 50%. The event has triggered increasing interest as central banks resort to money printing to counter the economic blow of coronavirus.

Around the globe, Slovenia, St. Helena, Switzerland, Singapore and the Netherlands lead the world in “Bitcoin halving” searches, according to Google Trends, with South Africa and Venezuela rounding out the top 10.

Bitcoin has a fixed supply of 21 million units. That number can’t be adjusted by any central authority. Minus the monetary policy levers that central banks can change at will to maintain objectives and control the financial system, the Bitcoin network, which relies on mathematics and cryptography to secure transactions, stands in stark contrast to the status quo.

Supporters say Bitcoin will prove itself as a viable alternative to world currencies, central bankers and politicians by creating a sound form of money. Against a backdrop of quantitative easing, the highly volatile and decentralized asset remains resistant to a supply surge.

With an uptick in interest, the Bitcoin halving is expected to add supply pressure when it begins next month around May 11th. How the halving will affect price is largely disputed with some analysts saying that the halving will have little to no impact since the event has already been priced in.

“Following the bitcoin halving, miners’ estimated breakeven costs will rise from ~$7,000 today to ~$12,000-15,000 per BTC after. I would not be surprised if we see bitcoin prices rise above these levels so that miners remain profitable.”

Crypto analyst PlanB, who popularized the stock-to-flow model to predict the price of Bitcoin, breaks down why he believes BTC is on a trajectory to the upside.

In the long term, the founder of Social Capital and former Facebook executive Chamath Palihapitiya says Bitcoin will either moon or die, giving the king coin a 5 to 10% chance of soaring to millions of dollars.