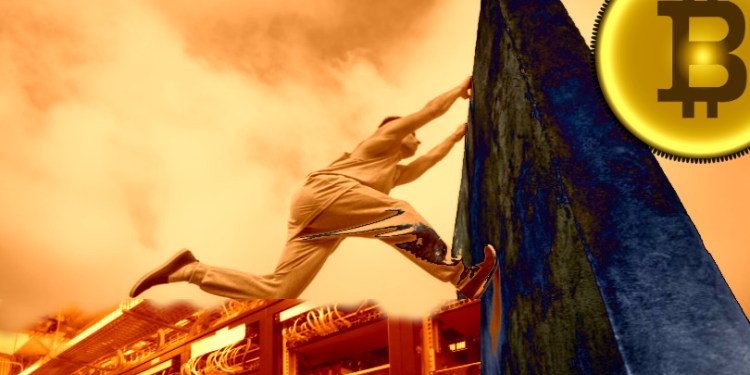 Not all miners are created equal, and some will be more at risk than others once Bitcoin undergoes its next halving event in May. With block rewards slashed in half next month, taking a 50% bite out of profitability, some participants who verify Bitcoin transactions will be forced to shut down their mining rigs. With mining operations requiring plenty of electricity and dedicated computer gear to turn a profit, Bitcoin educator and analyst Andreas Antonopoulos explains why the big event will leave certain miners on the sidelines while sparing others.

According to  Antonopoulos, it’s not about the scale of the operation. Vulnerable miners have a number of factors working against them as the Bitcoin halving reduces the amount of newly created BTC that will enter the circulating supply, making it harder for miners to earn the digital asset.

“If everybody is running the exact same ASIC and buying electricity at exactly the same price, then when the block subsidy halves, everybody’s profitability drops by half. But it doesn’t drop differently for smaller versus larger operators. The economies of scale come primarily from the ability to purchase lots of ASIC mining equipment at a reduced price and also to purchase large blocks of electricity and situate facilities near inexpensive electricity sources.

From that perspective, larger miners may be and are sometimes more profitable than smaller miners. However, with larger miners, you have other problems, such as, for example, having to make massive upgrades of operating infrastructure when a new, more efficient ASIC miner comes out. Concentrated risk, where, for example, a fire in a warehouse or a flood in a warehouse can take out an enormous amount of ASICs, etc., etc.

So profitability, especially over the long term, depends on a very large number of factors and the economies of scale are not as dramatic as the block subsidy reduction.

So what happens when the halving happens is the least efficient miners become unprofitable. And that’s because their ASIC equipment or their input price of electricity makes them unprofitable or less profitable than the miners who have more advanced, more modern ASICs or have better electricity prices negotiated.

It may be then that at the halving their profitability drops just below the break-even point where a miner who has more efficiency, sticks in the lower price of electricity, remains just above profitability. And that forces them – if they believe that this is a long-term problem, and they’re not going to be able to recover or that the difficulty is going to remain the same or get worse – it may force them to turn off their ASIC equipment so as to stop using electricity.”

A wave of capitulation among strapped miners could then set up the next effect: the mining difficulty will decrease, increasing profitability for those miners who have remained on the network, including those who may have been unprofitable.

While the halving will ultimately increase competition among miners, Antonopoulos says capitulation won’t necessarily lead to a more concentrated network of miners. The key reasons why Bitcoin mining can become more centralized, he argues, have more to do with geographic advantages than anything else.

As for Bitcoin’s market value, Antonopoulos declined to make any predictions, calling the practice of pricing BTC after the halving the same as “astrology or reading tea leaves.”